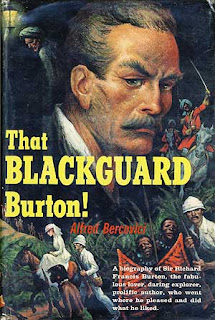 As a new writer, the novelty of receiving letters and emails from readers is still fresh and wonderful. My favourite message to date came from a gentleman of a certain age, who wrote to thank me for the considerable pleasure my book had brought him and his beloved during the 1960s. I had to break it to him gently that I am not Sir Richard Burton, the 'fabulous lover, daring explorer' and translator of the classic erotic text The PerfumeD Garden, but a mother of two whose new book about the Spanish Civil War was named The Perfume Garden by my publishers after its original title 'The Perfume Box' was - ironically - deemed too suggestive. He was quite charming, and promised to read the novel.

Perhaps you've had similar experiences with both good and tough feedback? I've come to the conclusion that two readers can read the same passage and find completely different things. Leaving aside the gladiatorial online review arenas, the trolls and sockpuppets, for every reader who takes the time to send a handwritten note to say they liked the book, and yes, your fictional version of the person they knew was bang on, there is another telling you that you got it horribly wrong.

How do you deal with this? Do you engage? Argue your case? One of the most common complaints about my debut 'The Beauty Chorus' was that people didn't eat that well during WW2. This was my fault entirely, and I've learnt a good lesson. The food, in fact, had been researched religiously. All I needed to add was something to the effect of 'mmm this beef stew is delicious, but it's not a patch on the stews we had before the war', or 'aren't I lucky that shellfish isn't rationed and Daddy brings me care parcels from the fishmonger on Chelsea Green'. 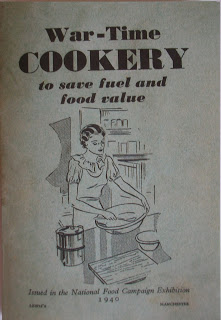 The academic in me wants the historical framework of the story to be watertight, and only a fraction of the research is used. Perhaps it is the same with your novels? I hope somehow that all that work is there, shoring up the story, even if worn lightly in the final book. As Hemingway said:

'If a writer of prose knows enough about what he is writing about he may omit things that he knows and the reader, if the writer is writing truly enough, will have a feeling of those things as strongly as though the writer had stated them. The dignity of movement of an ice-berg is due to only one-eighth of it being above water. A writer who omits things because he does not know them only makes hollow places in his writing.'

Facts are one thing, but getting the emotional timbre of your story right is more subjective. One lady in her nineties who read 'The Beauty Chorus' reported back that I was wrong - no one ever cried, even when their friends were killed in plane crashes. And yet during the research, from talking to other people, and reading first hand accounts the reminiscence that affected me the most was the woman who opened up and said that women would often go to the cinema alone so that they could weep privately in the darkness. This touched me - and said everything about the lack of privacy then, and the need to keep a stiff upper lip in public. 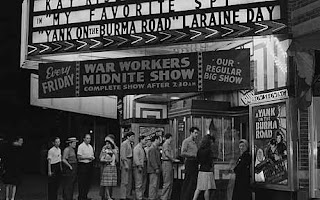 Historical fiction with its blend of fact and imagination is a challenging genre, and I hope to keep learning something new with every book. When I read that even the great Bernard Cornwell admitted to putting snowdrops in Arthurian Britain, it was comforting to learn that even the writers I admire most are human. What are your favourite letters from your readers - have you had any snowdrop moments? Or have any readers made your day by letting you know when you got something right?

In the meantime, if you feel like rustling up a WW2 recipe for lunch, here is a lovely simple pea soup from 'War-time Cookery' 1940. Enjoy:


Fry together, put in I pint of cooked peas, minced, and 1 quart of water. Boil until tender, thicken with rice or potato flour, sprinkle a little chopped mint on top.

Aren't words fascinating. You don't put that the peas are dried. I would assume they are from my cooking knowledge. But my daughter would automatically think 'frozen' :-)

So hard to balance exactly the right amount of information - I did like your sample"inserts"! - but please excuse me for avoiding that particular pea soup.

Your quote from Hemingway is absolutely spot-on. I was hearing some historical writers recently, excusing themselves for not researching 'obsessively' and saying: 'Well, if you do too much research it clogs up the novel, info-dumping, you know.' But as you say, there is no need to INCLUDE all the information, nevertheless it informs what you put in. Like off-the-record information given to journalists! And the 'not-crying' is interesting. I had a woman tell me that nobody ever got PTSD in the Second World War; they just 'got on with it.' Yet I met a woman in the 80s who was recovering from a nervous breakdown, and what did she talk about, over and over again? The horrors she experienced as a nurse in Plymouth, during the Blitz. An excellent and perceptive post.

Thanks Rosie, Penny and Leslie. I don't know about you all but the research is so interesting it's quite a wrench when you have to stop and actually write something;)

Thanks for a fascinating post, Kate - and that Hemingway quote is spot on. I'm afraid I'm one of the weaker brethren who's so scared of negative reader feedback that I DO stick in the line about shellfish and the care package from Chelsea Green...

Lovely detail about the women crying in the dark of the cinema. That and the denial of your elderly reader tell the whole tragic story between them.

I love a post with a recipe in it. I might make that soup but would actually substitute frozen peas, I think. Sounds good to me.

Thanks, Louise - think you're absolutely right to get the line in there (I certainly learnt my lesson:)

Hope the soup was good, Adele!

Great post, Kate and I laughed at your being mistaken for Sir Richard Burton! Writing historicals is always tricky and even more so when the period is within living memory. I really enjoyed The Beauty Chorus, by the way. Writing as Melinda Hammond, I have a one-star review from a reader who was disappointed because the book was very different from the others I have written under that name (sigh).

As a biographer I go through exactly the same research and filter process; and it really hurts leaving so much out, but it clearly has to be done. Yet I am sure there are still snowdrops in there somewhere...