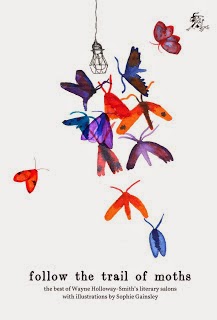 First of all, if anyone missed Louise's post yesterday please go and read it at once. It's great and it's important. I'll wait.

Secondly, my apologies if you are interested more in the history part of this blog rather than the writing bit. This post is definitely about the latter. Ok? I'll get on with it now.

Until I was 16 I went to Hummersknott Comprehensive in Darlington, then for my A-Levels I went to my father’s old Public School, Cheltenham College. As a result the first question in my first interview at Cambridge was: ‘So, Miss Robertson, you gained some radical chic by attending a comprehensive, then switched to the public school system when it really mattered, hmmm?’ Though the question had remained seared in my memory for the last twenty years, I can’t remember what my answer was. I’m sure though that it began with a certain amount of throat clearing.

My career as a writer (I love starting sentences like that, although we all know the word career has invisible quotation marks around it), began when I started going to poetry workshops run by Roddy Lumsden. The workshops started that very important mental transition between ‘Writers are all beloved of the Gods; it’s about innate talent and if I can’t write perfectly straight away, it means I can’t write,’ and the rather more useful: ‘Holy Hell, if I actually work at this and read widely and critically I can get better at it.’

I remember going to my first class worried that the other attendees were going to be pensioners writing about cheerful robins in rhyming couplets. Apologies to pensioners and cheerful robins, and rhyming couplets for that matter - I’ve nothing against any of them - but I was thirty and a TV director at the time so inclined to be a bit of an arse occasionally. Anyway, when I arrived in the strip lit grey classroom of destiny I found that I was the oldest and by far the least cool student in the room. After that life was full of little popping noises as my assumptions and presumptions exploded one after another. I went to  Roddy’s workshops regularly for more than five years, so from the time I started writing seriously to the point where I’d published three novels, thereby jumping the money fence from poetry to crime fiction. I’ll go back to the workshops, which are now at The Poetry School, as soon as I can find a brain cell that isn’t fried by deadlines and historical research. During those years I met, worked with, drank with and admired some brilliant poets, many of whom now have collections out in the big, bad world. I do admit though that those words, 'radical chic' have come back to me at various times; during readings in bars and warehouses, standing in crowds of whooping beautiful people, and admiring the panache and performing skills of many of the poets reading.

One of the ‘younger and cooler than me’ people in the room in those first weeks of workshops was Wayne Holloway Smith. Wayne is a superb writer and one of the best readers I’ve ever heard. He also knows how to throw a very chic party and at the beginning of this year he decided to hold a series of salons with banjo playing, readings, mini-lectures, amazing food and exquisite hand drawn maps to lead the audience to his flat in the backstreets near Kings Cross. I suspect that I was invited because Wayne knew I was likely to turn up with some really excellent cheese, but he covered well by asking me to write a short story. As it was February, I came up with a 'to be read round the glowing embers, M.R. James' type thing.

Now Sidekick Books, creators of some of the chicest books out there, have published an anthology taken from the readings given at Wayne’s salons. My story is in there too. The collection is called ‘Follow the Trail of Moths’ and is beautifully illustrated by Sophie Gainsley. Please buy it at once. Again, I suspect I’m in there because Wayne knew I'd bring cheese to the launch at his new spacious flat in the back streets near Limehouse. I did. The flat was heaving with beautiful and interesting people, the readings started late and while the buses and DLR trains passed in the background, we passed a bottle of whisky round the audience, listened and whooped.

There is though something rather unpleasant hiding in that original question from my Cambridge interview, which is, I think, the invisible suggestion that radical chic is all a comprehensive education is good for. There are also always plenty of people around happy to suggest the poetry world is meaningless and pointless once the chic is removed. Both suggestions are rubbish. The poets I’ve met and heard in the classes and at readings are the frontline troops of language. They use English with more bravery, imagination and inventiveness than any other group of writers I know. Working with them taught me what slippery and subtle creatures words are, always telling more than you think possible, creating impossible worlds out of the everyday and music that can rise up out of a page as a single voice or with the force of a massed choir. So what I got from Hummersknott and from the London poetry scene was not a touch of radical chic, what I got was a hell of an education.
Posted by Imogen at 09:11

Imogen, a really enjoyable account of how a love and an interest in words matter to writers, even when they may seem to have a "genre" - as well as a glimpse into certain educational attitudes. Thanks.

"The workshops started that very important mental transition between ‘Writers are all beloved of the Gods; it’s about innate talent and if I can’t write perfectly straight away, it means I can’t write,’ and the rather more useful: ‘Holy Hell, if I actually work at this and read widely and critically I can get better at it.’"

That is an excellent quote - forwarding it to young writers of my acquaintance as we speak! Thank you!

I loved this, Imogen, and think there are a lot of lessons here to be unpacked and taken away. And not just that if I want to get invited to such wonderful occasions than I have got to get better at sourcing spectacular cheese...

Oops - and thank you very much for the direction to my own post!! Very kind and much appreciated.