A BOOK IS FOR LIFE, NOT JUST FOR CHRISTMAS – Elizabeth Fremantle 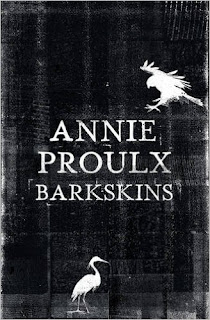 It's that time of year again, so I'm going to take the stress out of your Christmas shopping chaos and suggest you find everything at your local bookshop. After all the pleasure of a book lasts a lifetime, unlike that of a comedy apron or a scented candle. Here are my recommendations for the stockings of all kinds of book lovers:

For those undaunted by doorstep sized novels, then Annie Proulx's BARKSKINS is the choice. Spanning more than three hundred years and depicting numerous generations of characters it tells the story of the sacrifice of the world's forests in the name of progress.

For clever friends who prefer political non-fiction then you can't go wrong with BLOOD AND SAND, the latest book from historian, Alex Von Tunzelman, depicting the sixteen days in 1956 that pushed the world to the brink of a nuclear conflict with crises in Hungary and Suez.

For lovers of crime fiction series there's Antonia Hodgson's DEATH AT FOUNTAIN'S ABBEY, set in 1728, it follows Jack Hawkins to Yorkshire on a mission to uncover a murder; or MJ Carter's THE DEVIL'S FEAST, set in 1842, in which Captain William Avery must uncover a horrible death at The Reform Club. Both are the third books in their series, so if you were feeling generous you might want to offer all three.

FOR SPIES AND STRONG WOMEN 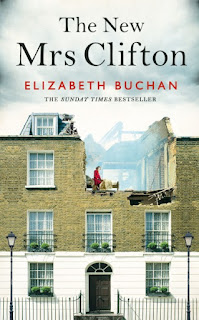 For those who like novels about strong women there's Katherine Webb's 1950s set, THE ENGLISH GIRL, about a woman who longs to escape the rigid boundaries of her life and marriage but finds more than she'd bargained for on a desert adventure. Or for a less exotic setting but equally strong women is Elizabeth Buchan's THE NEW MRS CLIFTON, set in London in the wake of WW2, when a brother, to his sisters' dismay, returns from the war with a German bride.

These two gripping novels tell of soldiers devastated by their experiences war. Jason Hewitt's DEVASTATION ROAD follows a broken English soldier trying to find his way home in the dying days of the war. William Ryan's THE CONSTANT SOLDIER offers another perspective depicting a German soldier, badly injured who returns home to find his eyes are opened about the Nazis who have taken over his village.

For those with a yearning for dark victoriana Anna Mazzola's debut THE UNSEEING tells of a woman who is about to hang for a gruesome murder but there's more to her story than meets the eye. Your could offer it alongside Waterstone's pick, Sarah Perry's acclaimed victorian gothic novel THE ESSEX SERPENT.

The Stuart period is having a moment. This year marked the 350th year since London's great fire and how about Rebecca Rideal's excellent non-fiction, 1666: PLAGUE, WAR AND HELLFIRE, which gives an overview of the world-shaking events of that year. You could give it together with Andrew Taylor's novel about murder at the time of the fire THE ASHES OF LONDON

Themes of fame and the female run through Katherine Clement's and Essie Fox's latest novels. Still with the Stuarts THE SILVERED HEART, tells of a notorious highway-woman during the chaos of the English Civil War. THE LAST DAYS OF LEDA GREY slips between the heatwave of 1976 and the Edwardian era to reveal the secrets of a silent movie star. 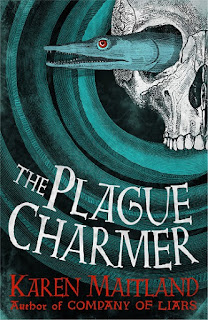 For those who have read everything there is to read about the Tudors, Sarah Gristwoods far-reaching non-fiction work, GAME OF QUEENS, contextualises the lives of the Tudors by exploring the network of powerful women throughout sixteenth century Europe. Another little-known Elizabethan and Stuart woman is the subject to (ahem – cheekiness alert) my own novel. THE GIRL IN THE GLASS TOWER is Arbella Stuart, raised to be heir to Elizabeth I and the novel tells of her attempts to escape the life fate and politics has prescribed.

Witchcraft or accusations of it in the Medieval period tie these novels together. Maitland's west country setting is the scene for dark happenings in THE PLAGUE CHARMER and Manda Scott's, INTO THE FIRE explodes myths about Joan of Arc in a thrilling tale of a political cover up that spans hundreds of years.

Elizabeth Fremantle's latest novel THE GIRL IN THE GLASS TOWER is published by Penguin.
Posted by Liz Fremantle at 06:00

There are Some Wonder Places where you spent your time.
francisco Flights |cheap flights | trips to amsterdam

An interesting and very helpful post. Thank you for some great ideas. My wants list is even longer now though.

Barkskins will be one of my Picks of the Year on Writers Review Blog. You beat me to it!