1940s hairstyles - describing a character in bobs and curls


When I write I have to have a clear picture of how my characters look, including how they dress and style their hair. So before I began to write about the wartime era I looked into the sort of hairstyles that were around in the early 1940s.

Hair was worn in a style that was feminine and soft, and always dressed off the face. It was often flat on top, so that a hat could be placed easily. One thing was sure - hair would not have been worn messy. A woman's hair had to always appear styled and neat. In the early 1940s, going out with "bed-hair" would have been social suicide.

Hairstyles in the 1940s were fuller and longer than those of the 1930s and hair was cut in a rounded U-shape at the back, curving up towards the ears. There were always a lot of layers because the hair was usually worn in curls or soft waves, usually just below shoulder-length. Straight hair was simply unfashionable.

To achieve the curls, girls who couldn't afford a weekly "wash and set" at the hairdresser would pin up their wet hair in bobby pins each night to make pin-curls.

If you've ever been tempted, this is a good tutorial on how to set easy pin curls:

Although the loosely waved page-boy was a very popular style, so was a more sophisticated and set look such as those below.

As war rationing really began to bite, women still spent time and effort on their hairstyles, but no longer wanted lots of waves in intricate designs. Hair was worn shorter, in a practical style, still curly with a wave or two at the front. This sort of style looked good under small hats and military hats and could be hidden under turbans if the hair was dirty. One such style was the "Maria" style, which came in 1944 (http://nla.gov.au/nla.news-article59182619). 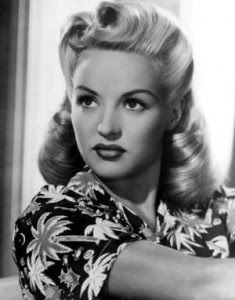 An iconic war-time hairstyle was the "Victory Roll". The name seems to have come from the corkscrew through the air by RAF pilots before landing, if they had successfully downed an enemy plane. The hair was divided at the front and curled up and out, in a rather aerodynamic form.


And if you want to reproduce it, see this tutorial:
http://www.bbc.co.uk/programmes/p01sh5tk


And how did I use bobs and curls to define my characters? Each of the heroines of my five novels to date has specific hairstyle. And just like a girl of the 1940s I found my inspiration in the hairstyles of the movie stars of the period.

A Stranger in my Street (2012)
https://deborahburrows.com.au/books/a-stranger-in-my-street/ 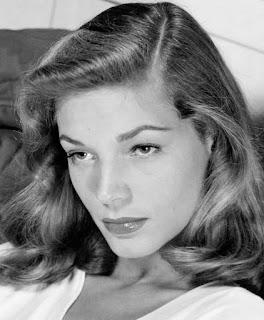 Personally, I don't think that there is any hairstyle more elegant than the loose pin curls we associate with 1940s Hollywood.

I'm sure that is why sad, sweet Meg Eaton, the heroine of my first novel, A Stranger in my Street, has her light brown hair in a shoulder-length bob.

In my mind's eye I saw Meg's hair as being similar to this gorgeous photo of Lauren Bacall.

The heroine of my second novel, Taking a Chance, is Eleanor (Nell) Fitzgerald. As a fashion journalist with her own newspaper column giving tips on beauty and fashion, I thought that Nell was likely to style her hair into something a little more interesting than a bob.

So I decided that her signature style would be the "unbroken roll." I got the idea for the hairstyle from an article in The Australian Women’s Weekly of 28 March 1942.
http://nla.gov.au/nla.news-article47488001 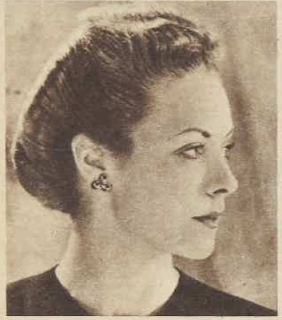 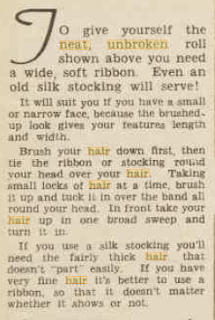 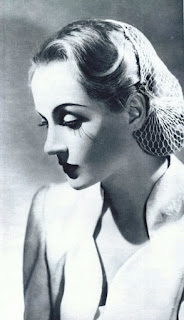 But even a fashion journalist has bad hair days. When her hair was not looking its best, Nell puts it into a snood.

A snood is a lacy hairnet or crocheted bag (often homemade) that gathered up the hair so that it sits on the nape of the neck.

Sometimes I wish that snoods were still in fashion, as they hide a lot of sins and (in my opinion) look very elegant. 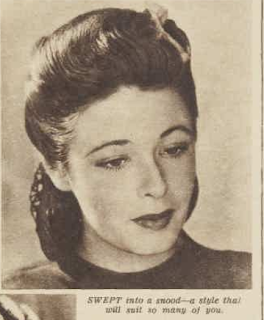 Apparently it was Vivian Leigh (or, rather, her costume designer in the 1939 movie Gone with the Wind) who was responsible in no small part for the popularity of the snood in the 1940s. 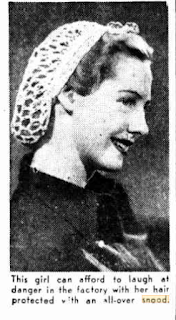 But that was not the whole story of course. A snood kept loose hair properly and safely confined when women were doing war work in factories.

A Time of Secrets (2015)
https://deborahburrows.com.au/books/a-time-of-secrets/ 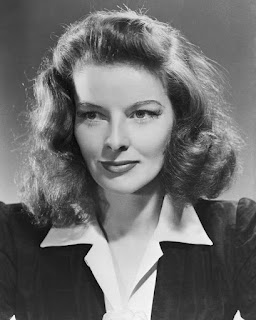 My third novel is set among the military intelligence units of wartime Melbourne - the most elegant and European of the Australian cities.

In the book, Stella Aldridge, the pretty, clerical heroine wears her thick, wavy ash-blonde hair at shoulder length and parted at the side.
The side part was a feature of the 1940s, as it was the foundation for most styles of that era.
I pictured Stella's hair as being similar to Katharine Hepburn's thick mop. Lily Brennan, the Australian ambulance driver who narrates the first book in my Ambulance Girls trilogy, which is set in the London Blitz, has very curly hair and dimples. This, combined with her small stature, gives her a bit of a “Shirley Temple” look, which she detests.

Not the most sophisticated hairstyle, but naturally curly-haired girls will understand the difficulty Lily had in making her curls behave. 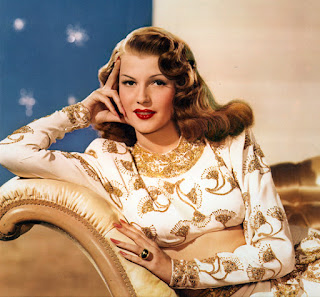 The very sophisticated Celia Ashwin, “a thoroughbred, from the auburn hair framing her smoothly oval face in a loose bob to her aristocratically narrow hands and feet,” is the heroine of my most recent novel.

Celia is not impressed when another character likens her to the oh-so-glamourous Rita Hayworth, but I did have the beautiful titian-haired Rita in mind when imagining Celia's full page-boy hairstyle and side part.

I love how you identify each character, helps the clothes the setting and even the language. Have been spending some time in the vintage patterns for knitting after a thread in a knitting group had a matinee coat for a baby made for great granny's first in 1917, then made for granny's kids and then made for Mum's kids and now being made for the children and grand children of the original lady! This inspired a load of us to go find the pattern, a patons pattern and a number was all we started with, the search has been much fun, I have an original copy but not the newer one with buttons and not ribbons! I can see some of your characters knitting it while others not so much :-D thank you for this snap shot into how you keep the characters right :-)

I agree. Hairstyles are so important in creating your characters, especially in historical fiction. My mother, very much with us, was a Lauren Bacall lookalike. My dad said that was the first thing he noticed about her! The family album proves it. I wish I could show you now.

Fascinating post! Thank you for all the pictures, photos and the links to tutorials for recreating these amazing hairstyles.

I was born in 1950. However, I have always loved Lauren Bacall's hair -- and it has been my go to style for most of my life! I never believed the modern lie that once you reached 30 you had to cut your hair. Tell that to an 18th century or 19th century woman and she would laugh at you.

Lovely! I wish designers of costumes for films and tv programmes would take as much trouble as you do.

So cute! Really nice post. I want to take sishair , if you have another post or site about hair style, share. Have you another style?????
thanks

Awesome post!
It is very hard to get somebody who will give you a legitimate hair style. When you choose to trim your hair to a specific length, you can simply confide in your hairdresser or Hairdresser Northern Quarter to know precisely what is best for your head.

Thanks for this article)I'm a blogger too. When I write articles for my blog you can see it here) I also have a clear picture of how my article will look and about what it will be. So before I begin to write about I learn all related articles.