The Best Historical Novels Based On True Crimes – Anna Mazzola 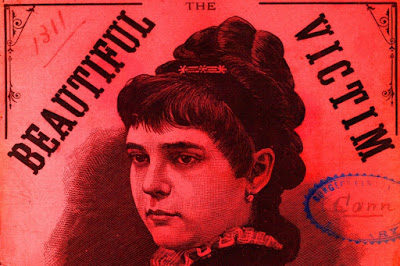 ‘Inspired by a true murder’, ‘Based on a real story’: we’ve long been fascinated by fiction and drama with their roots in real crimes. Maybe that’s partly because we’re drawn to what we believe to be genuine, and partly because we’re fascinated and horrified by the peculiarities of other people’s lives – in particular, by what would lead someone to commit a terrible crime.

The historical novels I list here reveal the human heart of stories that on the surface seem incomprehensible: works of fiction that make the strange truth graspable.

Alias Grace is the fictionalized account of Grace Marks, a sixteen-year-old Canadian girl convicted as an accessory in the murder of her employer, Thomas Kinnear, and his mistress, Nancy Montgomery. Kinnear’s manservant, James McDermott, was hanged for the crime, but nobody knew what to make of Grace, who claimed to have no memory of what occurred. In the novel, none of the doctors, lawyers, and clergymen who are drawn into the story can determine whether Grace is evil, insane, or simply a victim of circumstance. She remains an enigma.

Atwood came across Grace’s story in a contemporary account of the case, which was so inaccurate and so mired in nineteenth-century misogyny that she felt she had to tell her own version, one that stuck to the true facts save where there were ‘hints and outright gaps in the records.’ Her research was meticulous and the book’s construction is masterful, the different pieces stitched neatly together like the quilt Grace sews during the course of the book.

Another complex tale of a woman perceived as dangerous, Fred & Edie is a haunting novel based on the 1922 murder of Percy Thompson by his wife Edith Thompson and her lover, Frederick Bywaters. The plot progresses via a series of unsent letters that Edie writes to Fred while they are in prison awaiting trial.

To capture Edie’s voice, Dawson read Edith Thompson’s real letters, some of which are quoted in the novel. She has said in interview that finding the box-file at the National Archives was, ‘an eerie experience: opening it up, with faded ribbons around maps and documents, and the dust floating off.’ The letters themselves were, ‘skittish, tantalising, inconsistent. Troubling.’ And yet Dawson has made Edith Thompson into a powerful and memorable character, one who has stayed with me for many years.

Barnes’ novel is based on the extraordinary case of lawyer George Edalji, the son of an Indian father and English mother, who in 1903 was convicted of mutilating farm animals and sentenced to seven years’ hard labour. His case was taken up by Arthur Conan Doyle, who petitioned the Home Office, spoke out publically about the conviction, and bombarded the Chief Constable of Staffordshire with letters providing new forensic evidence and offering alternative suspects. Doyle’s investigations confirmed that the Edalji family had long been a target of police persecution and ultimately resulted in the overturning of Edalji’s conviction, and his re-admission to the roll. It was also a key factor in the establishment of the Criminal Court of Appeal.

With a precise style that fits perfectly with the decorum of the era and that serves to accentuate Doyle’s warmth and generosity, Barnes narrates the parallel lives of these two very different men as they navigate their own personal crises. Barnes quotes verbatim from the anonymous threats that the family received (letters that Edalji was accused of having written himself) and from an anonymous letter sent to Doyle himself signed, ‘A Nark, London’. What Barnes did not know when he wrote the novel was that Staffordshire police fabricated evidence to try to discredit Doyle’s investigation. Newly discovered documents confirm that ‘A Nark’ was none other than the Chief Constable of Staffordshire himself.

Burial Rites reimagines the life of Agnes Magnúsdóttir, the last woman to be executed in Iceland. Sentenced to death for her part in the murder of two men, she was beheaded by axe in 1830, aged 33. Although we know at the beginning of the novel how it will end, Kent successfully builds suspense and sympathy for Agnes, leading us to a gripping imagining of what might have happened on the night of 13 March 1828, when Natan Ketilsson and Pétur Jónsson were stabbed and bludgeoned to death. ‘I was more concerned with the story of Agnes’s life than in her execution or even the murders,’ Kent has said. ‘So I forgot about the execution when I was writing it and I hope the reader does too.’

Kent wrote the novel as part of her PhD and spent six weeks in Iceland sifting through historical records to try and glean an understanding of who Agnes was, returning home, ‘with the kind of hysterical happiness bestowed only on the severely jetlagged research student who has been allowed to touch very old paper without gloves.’ From the old paper and from Kent’s imaginings has emerged a beautiful and devastating portrait of nineteenth century Iceland and of Agnes herself.

An Officer and a Spy is based on the Dreyfus Affair, another astonishing story of prejudice and injustice, but in late nineteenth-century Paris. Harris spent a year researching the book, aided by the French government’s decision to publish online the secret files relating to the case. At the heart of the conspiracy against Alfred Dreyfus was a secret intelligence unit called the Statistical Section. It is the newly-appointed head of the Statistical Section, Colonel Georges Picquart, who is chosen to investigate the crimes allegedly committed by Dreyfus. Picquart begins the novel convinced of Dreyfus’ guilt but, during the course of his investigation, begins to have his doubts, much to the displeasure of the military officials who appointed him.

As with the other novels in this list, Harris uses the historical materials to poignant effect, in particular the journals that Dreyfus wrote while imprisoned on the h where jealousies, slow-brewed rivalries orrific Devil’s Island.

A tale of scandal, anti-Semitism, cover-up and mass hysteria, Harris decided it, ‘could only be told as a thriller. That is what it is. You wouldn’t believe it in a novel of social realism.’

‘Lizzie Borden took an axe, and gave her mother 40 whacks. When she saw what she had done, she gave her father 41’.

Sarah Schmidt’s debut novel is a disturbing, claustrophobic, and brilliantly original reimagining of that hot day in 1892, Fall River, Massachusetts when Andrew and Abby Borden were murdered with an axe. Their daughter, Lizzie Borden, was famously arrested, tried and acquitted, but over a century later, people are still wondering whether the verdict was correct. Schmidt’s novel, which explores the murky and complicated dynamics of the Borden family, gives us no easy answers.

Consummate storyteller Denise Mina takes us on a journey to the sooty streets and smoke-filled pubs of 1950s Glasgow and into the life of William Wyatt, whose family has been murdered and who is wrongly accused of their killing. Desperate to find the true killer, he arrives at a bar to meet Peter Manuel, who claims he can get hold of the gun that was used.

The novel is based on real-life serial killer Peter Manuel, the last man to hang in Scotland. It paints a grim and fascinating picture of the criminal underworld in which he operated and deftly blends fact with fiction. Brutal and beautiful. 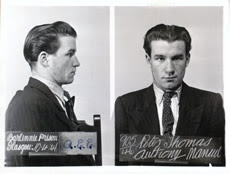 In the sweltering summer of 1965, cocktail waitress Ruth Malone wakes in her Manhattan apartment to find that her two young children have disappeared. Her daughter is found dead a few days later in a rubbish lot. Her son is found a week later. And she is accused of killing them.

The exquisitely-written Little Deaths retells the real story of Alice Crimmins, focussing on the themes of obsession and prejudice. It takes an unflinching look at how both society and the criminal justice system react to subversive women.

Flint is currently writing her second novel, also based on a real murder. When I asked her why she was drawn to write novels based on true crime, Flint said, ‘I’ve always been intrigued by how historical crimes give us a unique window into the past. I’m particularly interested in giving a voice to characters whose story has faded into the background over time, and in making them real and immediate and relatable.’

That, perhaps, is why fiction based on real crimes continues to appeal: the wish to see through that unique window, the desire to understand what would cause a certain person at a particular point in time to do a truly terrible thing.

Anna Mazzola‘s debut, The Unseeing, is based on the Edgware Road murder. Her second novel, The Story Keeper, was inspired by the West Ham Vanishings and will be published in July 2018.

This article first appeared in modified form in Historia Magazine.

Featured image from The beautiful victim of the Elm City, a pamphlet from 1881
via U.S. National Library of Medicine Digital Collections

I love this article! I’m reading Alias Grace right now and loving it. I can’t wait to read some of these other books. All the stories sound fascinating!