Designs on Britain by Mary Hoffman

Have you ever thought about who designed the things you see every day around you in the UK? Take the request bus stop sign above, for example. Things like this are so much a part of our lives that we take them for granted but this, like so much else in the 30s and beyond, was designed by a Jewish immigrant, Hans Schleger, in 1935.

You can see it at the fascinating exhibition, Designs on Britain, at the Jewish Museum in Camden Town in London. It's on till 15th April so you have time. It shows the enormous influence that Jewish emigrés had on the look of the world that Brits live in. But it wasn't just street furniture or the look of books. There were public information posters, the Festival of Britain in 1951 and designs like the Chopper bike and marble run by Tom Karen.

One of the first exhibits you see is especially striking:
This is a poster called Four Hands by FHK Henrion (1944), showing the way in which the four nation allies broke the Nazis. Henrion, born in Nurenberg in 1914, came to England in 1936 and was interned as an alien intern in the war, like many other Jewish designers. He was released later and designed two pavilions for the Festival of Britain. Henrion became one of the first designers to create corporate brands and logos, working for KLM, Tate and Lyle, the National Theatre and the Post Office.

Not this one, though. This was by his assistant, Manfred Reiss in 1950. Reiss was born in Leipzig and also relocated to England in 1936 and worked for the Post Office and the Society for the Prevention of Accidents. 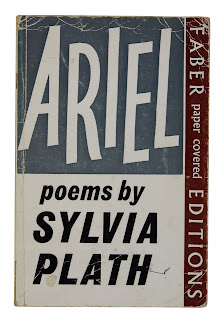 One of the things that particularly fascinated me was the contribution of Berthold Wolpe. This is one of his famous book jackets for Faber & Faber, for whom he worked from 1941 to 1975 and designed around 1,500 covers for them. But before he went to Faber, Wolpe had already designed the iconic Albertus font, which characterised so much of their look in the 50s and onwards.

When I started The Greystones Press with my husband in 2016, we knew that we wanted our books to have that Wolpe look and that we wanted the Albertus typeface on our book jackets. Here's one we published in 2017: 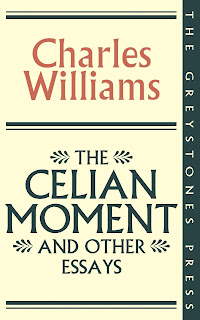 And here's the font itself, whose blocks are on display at the exhibition:

The elegance and simplicity of Albertus is enduring: one authority that still uses it is the City of London: 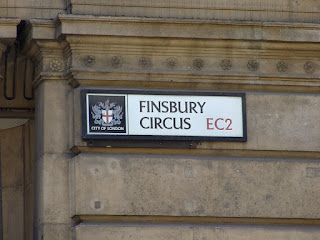 There is a fascinating video here about Wolpe's typefaces being made available digitally. Albertus was one of many and you'll recognise several of them straightaway.

Other designers in the exhibition include Elizabeth Friedlander (one of only three women represented), whose work is currently on display in the Ditchling Museum of Art and Craft in East Sussex. Friedlander also designed a typeface early on in her career, known as Elizabeth, since a Jewish surname would have been unpopular with Adolf Hitler. 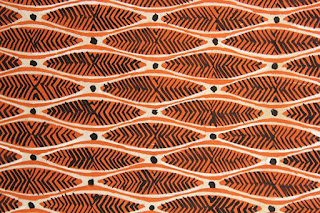 Then there is Misha Black, Hans Unger and George Him. Most of the seventeen designers featured in the exhibition moved to Britain in the 30s and 40s but Black came here as a toddler in 1912 and in WW2 became principal Exhibitions designer for the Ministry of Information.

All the designers here are Jewish immigrants to the UK but some more strictly refugees, fleeing Nazi persecution.  They were widely commissioned by London Transport, The Post Office, the Society for the Preventions of Accidents, various Government ministries and big corporations like Shell. It is impossible to imagine what public life would have looked like in the 20th century and even into the 21st without them.

Two of the mosaic station motifs by Hans Unger for the London Victoria Line. (Wikimedia Commons)

As you say some of things are so familiar when you are growing up, you don't even stop to think that someone designed them, much less who. Really makes you conscious of what's around you. Thank you for a fascinating post.

Very interesting. It is good that videos can be included in blogs - a little education in graphic design in itself!