When does History begin? Well, clearly from all the current coverage, sixty years ago counts as historical.

I am a bit of a New Elizabethan myself I suppose, having been alive for all of the current monarch's reign. I am in the photograph above, having dressed up for a  Coronationstreet party in Clapham Junction. The extraordinary thing about this photo to me now, though, and indeed the having of a fancy dress costume made by my mother ("No I am not Little Red Riding Hood - I am an Irish Colleen.") is that my oldest sister had died the week before, at the age of 19.

That's the perennial issue between the public and private faces of national events. Any child or adult  in that picture might have been experiencing a wide range of things besides enthusiasm for a new young queen. OK, not many as dramatic as mine, but the Coronation for me is always connected with that life-changing event. You can't tell that from my party smile.

The Royals did not let the death of the Queen's grandmother, Queen Mary, ten weeks earlier, impede the Coronation and my family did not deny me attendance at the patriotic tea-party.

Three months ago, I blogged about Radio 4 choosing 60 "new Elizabethans"

I grumbled then about how  the final list would be full of dreary Prime Ministers, sportspeople and pop stars and wondered how they would compare with the first Elizabethans.

You can read who have actually been chosen as the New Elizabethans here.

As I feared, there are Margaret Thatcher and Tony Blair, but also Roy Jenkins and Enoch Powell and even Alex Salmond, John Hume and David Trimble (this last one choice, like Lennon and McCartney). Won't the Welsh feel peeved about this obviously PC-inclusive  list of UK leaders?

To my surprise only Basil D'Olivera and George Best representing sport (so clearly no element of role model involved as far as the latter is concerned). I wouldn't have included any sporting heroes myself but if forced would have said Roger Bannister.

There are about a dozen nominees I have never heard of or know little about. The writers are:  Graham Greene, Doris Lessing, Philip Larkin, Harold Pinter, Roald Dahl and Salman Rushdie. What? Larkin rather than Eliot or Auden? They must be kidding. And it's not that one was born in America and the other defected there in 1939, because you don't have to be British to be on the list.

Germaine Greer and Rupert Murdoch are there, after all. So why not Steve Jobs as well as Tim Berners-Lee?

And why Crick without Watson (let alone without Rosalind Franklin)? 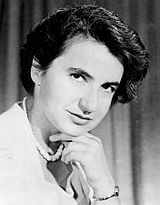 My list of writers would have included Margaret Atwood and Hilary Mantel. But then it's not supposed to be a list of any individual's preferences, is it? The criteria aren't really very clear. Someone who has been an influence on the nation? (Is that why the ghastly Simon Cowell is included?)

Pop music is limited to half the Beatles, David Bowie and Goldie, while Classical music is reduced to Benjamin Britten and perhaps also Margot Fonteyn (why not paired with that famous defector to the UK, Rudolf Nureyev as she was in life?) 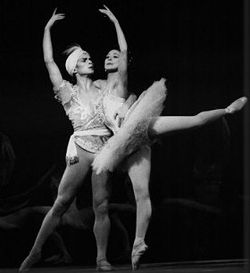 Barbara Windsor? Do they think her real name is Babs Saxe-Coburg-Gotha?

The person I am most furious to find on the list is Fred Goodwin (at least no longer "Sir") and the person I am most pleased to find is Doreen Lawrence, someone who really did and does make a difference to public and private lives.

But I would have included Shami Chakrabarti and Camila Batmanghelidjh too.

It does make you wonder how many quiet private tragedies will be masked or drowned out by the celebrations on Sunday and Monday.

Snd how many people are working behind the scenes to make a safe, well-fed, clockwork-timed day for all the heedless revellers?

Glad you mentioned Rosalnd Franklin. She does tend to get left out in any mention of the discovery of DNA. If she hadn't been so careful to check her facts before publishing, she might have been the one who got the credit. But she was dead anyway by the time the Nobel was presented and they don't give a Nobel posthumously. :-( I wrote a chapter about her in my children's book Potions To Pulsars: Women doing science and remember fuming quietly as I did my research.

Mary, I think Rupert Murdoch and Germaine Greer get in because they live in Britain, whereas Steve Jobs has no connection with Britain at all. (Not defending their inclusion, by the way...)

Stroppy, I tried to reply from my iPhone but it wouldn't let me.

Rupert Murdoch is an American citizen, domiciled in the US. They have a better arrangement about foreigners owning media organisations than we do and he had to take citizenship.

GG has a house in Tuscany, I believe - lucky her - but she does live and work here.

It seems to me Steve Jobs has had a huge impact on how new Elizabethans live their lives.