Theresa Breslin Is it a writer’s responsibility…

… to bear witness to what is happening in the times in which they live?

Just as Charles Dickens writing about the plight of young children in London prompted the work of the great Victorian philanthropic organisations, and Charles Kingsley’s Water Babies led to the Act going through the UK Parliament banning the use of chimney boys, I am very much hoping that this Blog contributes to the pressure upon my local Council to halt the scything cuts to East Dunbartonshire Library Services.

I’d intended to blog about the history of traditional tales as per my research for my book due out just now, An Illustrated Treasury of Folk and Fairy Tales.  But I’ve put that aside to talk about a different kind of history - the history of my own Public Library. My older sister took me along to join The William Patrick Memorial Library as a very young child. From a great height the Dragon Lady inspected me, announced that as I was “from a good family” I was a suitable candidate. When she discovered I was underage (not quite 5) she gave me a reading test. Yes, really! Trembling, and with quavering voice I managed to gulp out a sentence. She nodded. I was in! I entered the magic world of Blyton, Brazil, and Buckeridge, and many, many more. I became a reader, and then due, I’m sure due to the library, a writer.

Last year, despite my organising a protest outside the Scottish Parliament and fighting a hard campaign, my local mobile service was taken off the road, leaving large housing estates and outlying villages without a library service. I considered this an immoral act made for political expediency so that no councillor representing a specific area would get hassle. When the mobile disappeared I was filled with great despair. At one time I was responsible for Mobile Services. I knew these hamlets, farmsteads, villages, smallholdings and housing estates. I knew the old people, those looking after young children, the teachers, the school pupils. Isolated and vulnerable they had lost a life-link. Teachers, parents and, most importantly, children loved our schools stops which were the foundation of establishing reading as a pleasurable habit rather than merely a tedious decoding chore. The nearest static branch for many of the people became the William Patrick Library in Kirkintilloch. 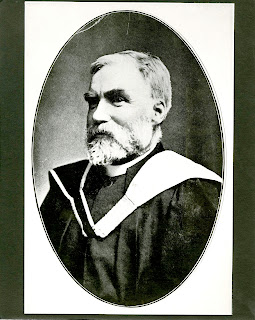 In the Spring of this year, in the guise of “modernisation” East Dunbartonshire Council admitted that they had made arrangements to alter the Lending Department which occupied the ground floor of the building. When accused of decimating the library our Chief Executive defended himself by saying that he was only reducing it by 10%. (sic) This is a man in desperate need of a dictionary. When we were finally allowed to see the plans the 10% turned out to be a whole lot more.

The Children’s Department which was on the left hand side of the ground floor has been shut and some shelves allocated in the Adult Lending, losing about 70 in total. No one quite knows what the new “Customer Services” marked to go in its place is for. Neither would it appear does the Council as they are now, belatedly, holding “Consultation” exercises about this. Or maybe they do know but are just not telling us.

In Kirkintilloch there is outrage about this. William Patrick was our own personal Andrew Carnegie. The library was left as a bequest by his brother in his name. It is well-loved, well-used, and a source of pride.

Under the law of the land the provision of a public library service is a statutory requirement that Councillors of local authorities must fulfil. Even if they establish a Trust to manage and organise the functions, the responsibility for providing library service is theirs.

I think it has become the responsibility of this writer to remind them of this.

Theresa Breslin will be appearing at the KELMARSH FESTIVAL in July and the EDINBURGH BOOK FESTIVAL in August this year to speak about her latest novel Spy for the Queen of Scots and the Illustrated Treasury of Scottish Folk and Fairy Tales. (Illustrator Kate Leiper)

Posted by Theresa Breslin at 01:20

Thanks for this post, Theresa! Thank heaven our local libraries aren't doing this yet, but they are putting in "self-serve" checkouts. The staff assure us that it's only to free them up to do more important stuff, but what's the bet the Council will start staff cutbacks in the next year?

As for school libraries, I am running one and have found myself valued less and less by each Principal who takes over the school. It's the money, you see. They decide it's easy to cut budgets in the library first, "and after all, they're all using the Internet, aren't they?" Some schools no longer have libraries.

Yes, a novel that bears witness to this will work well.

Thanks for this post, Theresa! Thank heaven our local libraries aren't doing this yet, but they are putting in "self-serve" checkouts. The staff assure us that it's only to free them up to do more important stuff, but what's the bet the Council will start staff cutbacks in the next year?

As for school libraries, I am running one and have found myself valued less and less by each Principal who takes over the school. It's the money, you see. They decide it's easy to cut budgets in the library first, "and after all, they're all using the Internet, aren't they?" Some schools no longer have libraries.

Yes, a novel that bears witness to this will work well.

Thanks Sue. I did write a whole piece on the value of fiction for children. I'll try to locate it and put it up on my Facebook Author page where I am now making notes about what they are doing so that there is some kind of public record. I am so very very angry with them that me the Techno-Idiot actually got myself on Twitter last Friday to have a rant #WilliamPatrickLibrary . I am hoping that @EDCouncil will get the same response as that other Scottish authority who tried to ban the school pupil's Blog about her lunch!

I could not agree with you more! I had a long letter in our state newspaper today about the closure of a high school library. Someone asked, "How did you get them to print that?"
My answer, "It was important. It had to be said. More people should be saying it." Children need libraries more now than they ever did.

Good for you catdownunder! Our local newspaper the Kirkintilloch Herald tries to give everyone a fair shout. Is there a link to your letter? I've delivered Keynote Speeches and done presentations to a variety of Conferences and groups on this subject. I'll dig out my notes if you think any of it would be of value to you.

This is such a sad story, Theresa and good on you for highlighting it. Somehow I thought that the Scots were being more sensible. Makes you despair, really....but we can't do that. And fighting with our posts on blogs is a good way to go....Well done you.

Blinkered Thinkers are everywhere Adele. Thanks for your support. Theresa

Hear hear to your words, Theresa, and bravo for your actions. The short-sighted stupidity of this policy makes me weep.

Not just short-sighted stupidity but Spin too. I know it's the anniversary of the Brothers Grimm but the official stories to justify this are quite astounding. Thank you for the "Bravo!"

And at the same time as government (down south, at least) is talking about how schoolchildren should be reading for pleasure... Reading what, without libraries??

Good for you, Theresa - & how ridiculous, the comment of the Chief Executive.

By the way, I shall look out for yout Treasury of Scottish Folk tales. And Kate Leiper is an AMAZING artist!

Totally agree re Chief Exec. Katharine - although it has provided a bit of light relief in a grim situation. Agree also with your opinion of Kate Leiper -have you seen work by her? Julia Donaldson has called it "a beautiful book"

Thanks so much for posting about this, Theresa. The press is so London-centric I had no idea the same kind of idiocy we're seeing in Brent was happening elsewhere.

Bravo to you for doing something about it. I've sent an e-mail to your website, but hope you'll let us know if there's anything more concrete we can do.

Will do Louise. Thanks for comment and email. Am on my way to meet a councillor this morning. At least this wants to talk about it - most of the rest are not even responding!

Hi Theresa - just got back to this and then looked at the paper's website. They do not seem to put the letters on line!
Thankyou very much for your offer. I have also been involved in this sort of discussion/argument for years - International Literacy Year was my baby. We currently have a National Year of Reading and this sort of thing happening during that just goes to show the appalling lack of interest in the value of libraries!

A speedily written library-loss novel a great idea to make them sit up and think, Theresa... Imagine the plot. Thinly-disguised governmental elitist philistines pointing us towards a dystopian future where children, old people and those earning less than xxK can no longer afford to read for pleasure, where arts funding has been cut in order to accommodate large-scale events for corporate posturing on a global scale, and all creative endeavours can be aired only through costly technological channels owned by one or two corporate giants that monitor everything we do at every stage. Oh.

Oh. Indeed Jane. Have just returned from a v. stressful meeting at our Civic HQ. so it's good to read comments like yours and all above. Thanks guys. I need to go and make myself a cup of Chamomile Tea. It's what Peter Rabbit's mummy made him when he was having a bad day!

There's now a link to this from Peters Library Gazette !

Sorry to come so late to this Theresa. Really just a note to say more power to your elbow. These are such difficult and uncertain times for libraries and it is vital that such stories are highlighted and voices heard. We need to make readers of the next generation: children and families need libraries and librarians. The very best of luck with your campaign.

Thanks for support Linda. I was at launch of Edinburgh Book Festival programme today and talking to librarians etc. @EDCouncil plans to have the so called "Kirkintilloch Community HUB" by taking a huge chunk of Lending Library Space ain't what most folks think a One-Stop-Shop for info is meant to do or be. More people are rallying to the cause tho' Thanks Guys for spreading the word.