In interviews, people often ask me where I find my sometimes frankly bizarre character names – or if I make them up. The fact is that they are almost all appropriated, and I think that the act of appropriation is vital to their … vitality.

This is going to be a short post, breaking the recent admirable History Girl tradition of encyclopaedic blogs. And it’s going to be a list: my dirty dozen ways or places for finding characters names.

1. Census forms for the appropriate year (in which the novel is set)

4. Doorbells. Venetians go in for engraved brass plates by their doors.

5. List of the war dead on the walls of churches. Also, (slightly shamefaced) the death notices people put outside shops and bars in .

6. Puns. I love ones that work in Italian and English. So the rat in my latest children's novel, Talina in the Tower,  is called Altopone. 'Topo' is the Italian word for mouse or rat. Adding '-one' means 'big one'. And then Altopone rhymes with Al Capone. And my rat is a bit of a wide-boy.

7.  Tombstones in graveyards (except in , where Napoleon had all the campi dei morti sealed up and transferred the burial business to two islands in the lagoon.

9. Backs of old postcards that I buy in Venetian flea markets. 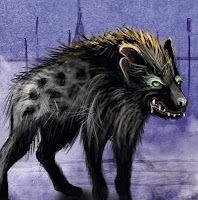 11. Dictionaries of slang. For Talina in the Tower, I named my sleazy hybrid wolves after their personal characteristics. I found the vocabulary in Charles M. Marchard’s  1917 tome, A Careful Selection of Parisian Slang . (I am wondering what he had to be careful about?). The Ravageurs are not French, but they pretend to be. So this is what they are called and what their names mean: Frimousse – vicious face; Rouquin – reddish fur; Fildefer – thin; Croquemort – an undertaker’s man; Échalas – (a lath) lanky; Lèche-bottes – a boot-licker.  The Lady Ravageurs are cruelly given unpleasant mocking names, such as: Ripopette – worthless; Caboche – (a hobnail) a blockhead; Bique – (a goat) a silly girl and, um, Bidet.  I hasten to add that the females will prove that they are in fact clever, funny and brave. 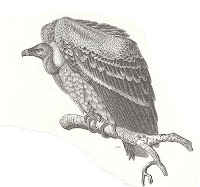 12. Dinner table conversation cannibalism. The vulture in Talina is called ‘Restaurant’, a name I heard given to a greedy horse encountered on my stepson's Mongolian holiday.

Where have you found names? Or what names have you read that you’ve particularly relished?

Michelle Lovric’s website
Talina in the Tower was published by Orion Children's Books on February 2nd 2012
Posted by michelle lovric at 00:30

Delicious (I use this word too much)--still, tasty is too curt--so, delicious post. Really enjoyable revelations!

The "Hatched", "Matched" and "Dispatched" columns are useful for surnames. My characters tend to tell me what their given names are. I check in reference books or look on line. I have one marvellous reference book that gives names in the UK and Europe right back to before the Middle Ages. It makes fascinating reading.

Gorgeous post. There's something beautifully Dickensian about a lot of your names - and I'd love to know how he chose his too.

My characters tend to arrive with names already attached, which I then have to research to see if they're genuine. Working in the 19th century army I've also had the added bonus of nicknames, which can quite legitimately be suggestive of character. I tend to choose those first, then 'work backwards' to find out what the original name would have been.

Very interesting - your names are always terrific, and even more so when you know their derivation. You need that notebook though - I saw a lovely one on a war memorial a few weeks ago, but have forgotten it - and the other day someone from Cornwall was interviewed on TV, called Enda Something - and did I write it down? I did not.

Wow, Sue - I wonder if you know how prescient your Enda reference is!

I can't write a character properly till I know their name.

Yes, Sue, Mary is right - Enda is a character in my current WIP. Graveyard is a highly appropriate reference, sadly. Shivers down the spine!

I agree with you, Mary, the character has to have a name as well as a face, a height (for looking into eyes) and accent before I can write him or her.

And Louise, yes, nicknames are great. But I have found I cannot easily create a nickname for my characters. A diminutive, yes - and often essential given the long Italian names I use, like Temistocle. But nicknames - tricky. A view through a lens the imagination does not have? Taking one's invention too seriously? Can we see our characters only OUR way, unless they are real and there is research help?

I find it fascinating how the names of those convicted of bad crimes immediately acquire a bad aura.

catdownunder - what is that reference book? sounds essential.

Great post, Michelle. Names are so important - and Mary is right (as usual) - until you get the name right you don't have the handle on the character.
If I'm looking for a modern name, I will often look through the editorial section of a magazine, where all the contributors names are listed. For other periods, it can be harder.
One of my books has characters called: Unwin, Elfgift, Hunting, Ebba, Kenelm, Wulfweird and Kendrida. I've often been asked how I managed to make them up, when they are all Anglo-Saxon names. (And 'Unwin' is the name of the villain and means 'Un-friend' or 'enemy').
My publishers were very uncertain about the name 'Sterkarm' in my Sterkarm books. They thought it sounded too much like 'Starkadder' or 'Blackadder'. Granted, but by then I'd been writing the book for a couple of years, and the name was too fixed in my head to be changed. Besides, it's a translation of the real reiver name, 'Armstrong' into Danish.

This is a wonderful post and also very useful...I have no idea where names come from but sometimes I will write a story and just know that the name is wrong ...then I have to do Control F and change all the names at one fell swoop. It's fun doing that. I love ALTOPONE and those wolves are heavenly, every one of them. I love the end credits of Hollywood movies. American names are amazing and so diverse....

Oh yes, Adele, I love 'replace all' too! I had a Mauro morph into a Gianni in my last adult book. He originally behaved like a Mauro but he got less clever and more innocent so he needed a more childlike, open name.

Susan, thank God they left 'Sterkarm' alone. That word gets all the primal synaesthestic synapses snapping, and did for me, even before I read the wonderful books. Hope Part III, The Sterkarm Unmentionable (?) is well on its way?

Great post! And all the better for being short and sweet and numbered! I'm so glad you mentioned MAPS as a source of names, too.

I have been using names of spam sending email accounts, usually doing a mix and match of names and surnames.
Graveyards, monuments, and manifesti funerali are good indeed, just as much as phone books.

Michelle, it is "Names through the Ages" by Teresa Norman (Berkley Books, NY)1999. I bought my copy second hand so I have no idea whether it is still in print but you might pick up a secondhand copy somewhere. It covers England, Scotland, Wales, Ireland, France and the (later) US but there are hints of information about elsewhere in Europe throughout the book. The meanings tend to be very brief but they can, of course, be checked elsewhere.

For years I have used Kate Monk's Onomastikon, now at http://tekeli.li/onomastikon/. It was originally produced as an aid for role-playing games, but it's also perfect for a writer who needs an authentic name for e.g. a fourteenth century Hungarian peasant.

I'm really impressed by the perfect recall you all seem to have of your characters from past books. Don't you ever get the midnight abdabs not being able to remember stuff from your own stories?

I use the "Great British Surname Profiler in history" to find what region a character may have links to http://gbnames.publicprofiler.org/default.aspx - it gives geographical distribution of GB surnames in 1881 and 1998, as well as allowing you to search on categories (eg. Celtic, Occupation, after female parent; and so on).

Excellent post.... I've been writing in the Roman era up until now, so have used the magnificent lists of Ala and legions, plus the who's who of ancient Rome, and then a rather lovely book on slaves and traders that I found was full of outstanding Greek names for the conscripts to the legions. Moving into the 21st century again, I tend to use the names of former class mates, mixed and matched, but shall become more adventurous now. I 'see' names in colour (all words have colour) so it's important to find the right colours to go with the colour palette of the book...