I came across this fascinating book by Peter Earle when looking through the extensive bibliography in one of Peter Ackroyd’s many books on London (he can’t write them all himself, surely?) It’s out of print now and costs over £70 second hand, but my local library found it for me on the stacks. 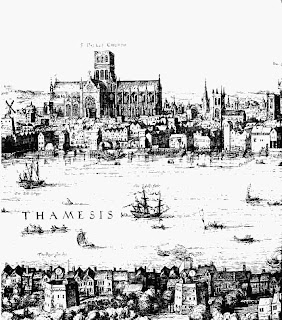 A CITY FULL OF PEOPLE is a motley and captivating collection of statements, mostly just a sentence or two, given by witnesses or plaintives in various court cases from the Seventeenth Century onwards, grouped under headings such as “Entertainment”, “Neighbourhood and Home” and “Eating and Drinking”. For instance, being asked where they lived, witnesses answered not with house numbers and streets (the numbering of houses only began in the 1720s), but with a description:

"In part of a cellar” 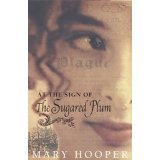 “In one room in Shoe Lane which I furnish myself”.


Researching my first historical book, AT THE SIGN OF THE SUGARED PLUM, and wondering what employment to give my main character, I found various witness statements mentioning what people did for a living:
“He was employed in taking care of cattle and driving them to and from Smithfield Market.”

“Great numbers of idle persons doe daily go about in the footpaths with wheelbarrow wherein they carry oysters, oranges, decayed cheese, gingerbread and other wares to sell.”

“Her employment was to sweep the doors before gentlemen’s houses...”

“He undertook to be a lamp-lighter, which employment he follow’d about Newgate Street”

And then I was thrilled to find: “I make choclett cakes for people of quality and gentleman’s houses”, which gave me the idea of letting Hannah run a sweetmeat shop. 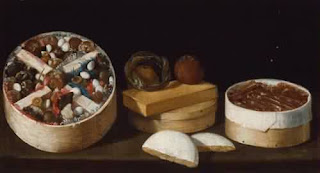 The most colourful language is to be found in defamation cases, mostly brought by women against women. These slanders often related to a woman’s lack of chastity, but unfortunately I couldn’t make use of them in a book written for 12+. You might be interested to learn, however, that “whore” was easily the most common term of abuse, often qualified by:

Sometimes this popular word was substituted by another epithet: bitch, jade, slut, beast, puss, bawd or moll or, my two favourites: Mrs Impudence and Mrs Bitchington.

Sometimes this abuse carried the hint of a story:

"One stallion won’t serve your turn, you must have two”

And this, with its accusations of both impropriety and dishonesty: “You’ve had the pox and haven’t paid your doctor.”


The book has been useful for sprinkling touches of realism through whatever I happen to be writing. Sometimes, on finishing a book, I’ll refer to A CITY FULL OF PEOPLE and go back and add a little local colour:

“In my journey I was thrown down by a hog, but without any hurt.”

“He cry’d faggots five for sixpence, by which he got twenty shillings every week.”

“Near the end of Exeter-street, I slipt into the kennel and fell down, for I had been to see a friend and was a little in liquor.”

“...the coach stopped in the middle of the street and she frequently put her head out of it to sing, with an intent as I believe to pick up some gentleman.”


The genuine voices of the people of London! I’m hoping A CITY FULL OF PEOPLE will be reprinted soon so that I can keep my own copy.

Email ThisBlogThis!Share to TwitterShare to FacebookShare to Pinterest
Labels: 17th century, At the Sign of the Sugared Plum, Mary Hooper

I love this post - thank you, Mary - I love hearing these voices from the past. I do hope someone reprints the book (I would buy it like a shot), but in the meantime, thank goodness for libraries!

What an entertaining post! I'd love to have a copy of this book. I've got another book of his, SAILORS, about merchant seamen in the 17th-18th centuries, which is full of detail and quotes.

Fascinating and thank you, Mary. I particuarly like, 'You've had the pox and haven't paid your doctor!'
Could these books be on Gutenberg, I wonder? If so, they could probably be obtained through Amazon.

I loved this!
Did you know you can search the Old Bailey's records online? Chock full of direct speech from 3 centuries. Fabulous resource & free!
http://www.oldbaileyonline.org/

Lovely post! I'm going to use some of those insults...

Oh My God why don't I have this book!
Yours, excitedly, Miss impudence, who this day travelled to Brighton and back as fast as a slow fart.
(excuse me I am getting into character)

Loved this. Would also love to get hold of a copy. Mrs bitchiness,I love that insult! enjoyed your blog.
Lorraine

How lovely! I want that book too.