A TRIUMPH OF SNOBBERY OVER IDEALISM By Eleanor Updale

It's funny how you can miss history in the making. Sometimes it’s a single big event. A friend of mine came out of the subway near the twin towers just after the first plane struck.  Everyone was looking up.  She thought the city had been comandeered by yet another film crew, and disappeared into her office - unaware for ages that anything was going wrong.  My husband slept through the Brighton bomb.

But most of us slumber as social developments and political trends unfurl around us.  We’re so close to them that we don’t realise how significant (or how fleeting) they might be.  We may fail to note the everyday things that future historians will take as crucial markers of our time. Each of us has, unwittingly, a store of knowledge about some minor part of history, sometimes from odd or interesting angles.  For me, it was being caught up in a brief social experiment in post-war London. 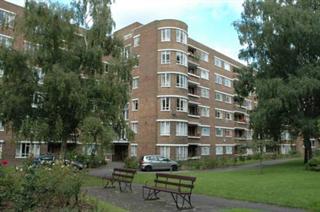 I grew up in a block of flats in Camberwell. It was owned by the London County Council, and was part of an attempt to stop council estates becoming ghettos of poverty.  The idea was that some blocks would be what they called ‘Higher Rental Accommodation’.  In other words, the rent was unsubsidised (and rates were not included).  The idea was that the young families of men in ‘settled occupations’ (teachers, civil servants, and various arty types) would be encouraged to move in. The flats were very close to a train line into Blackfriars and Holborn Viaduct – very convenient for Fleet Street -- so several of the residents were journalists  on national newspapers.  There were jazz musicians, and the man who sang ‘Aqua Marina’ at the end of Stingray. In exchange for the extra rent, we got a laundry in the basement, with coppers for boiling up the washing, a mangle, and some very early washing machines (which were usually broken).
Otherwise, the flats were much the same as on other council estates.  The rooms were small and there was wee in the lift.  You couldn’t have pianos or dogs, and a stern notice listed all the rules  - threatening dire penalties for breaking them.  It was signed by Alderman Douglas Houghton, who was the Labour head of the LCC Housing Committee when the flats were built. More than thirty years later, when he was Baron Houghton of Sowerby and I was producing the TV coverage of the House of Lords, I still feared that he would lock me up for playing Knock Down Ginger when I was six. 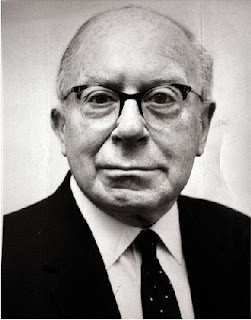 I think the LCC's original idea was that the tenants would mingle freely with the less privileged families in the ‘real’ council blocks (the Yellow Blocks, as we called them, because of the different colour of the bricks), that we would all go to the same schools, and that snobbery would die.

Well, it didn’t work out that way, of course.  By the time I was a toddler there was a fence between us and the Yellow Blocks.  We weren’t allowed to use each other’s playgrounds, even though they had a better roundabout, and we had the only slide. People in our flats made a point of describing themselves as ‘ratepayers’ and, incredible as it may seem, our block had an official, council-imposed, colour bar.  It was lifted by the time I was a teenager in the late sixties, but I still remember the fuss about whether a Turkish family was on the right side of the line.
Here’s an example of the casual racism of the time. 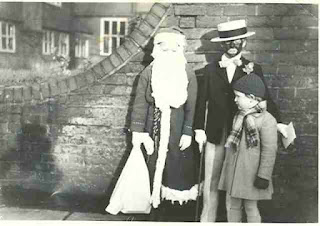 This picture was probably taken around 1958. It shows a group of us from the flats on our way to a fancy dress competition at our primary school.  Although there were black children at the school, it was thought perfectly acceptable for someone to go as one of the black-and-white minstrels.

By the way, I’m the Benny Hill look-alike (not in fancy dress) on the right.  My brother is Father Christmas.  This may be a record of the day on which I found out that he isn’t real…


Some of the social engineering worked.  Most of us did go to the local primary - the only exception I can recall being Kelvin MacKenzie, who (as I remember) was at a posh prep school some distance away. But more people from our side of the fence stayed on to the sixth form and university, and more from the other side ended up in prison.  As it turned out, housing wasn’t the complete answer to inequality – the aspirations and background of the parents in those homes mattered too.

In some ways, what the experiment did was simply jolt old-fashioned snobbery one rung down the social ladder. Although I can remember no trouble emanating from the Yellow Blocks, I have to admit that I was brought up with an assumption that we were ‘better’ than the people living there. This was the exact opposite of what the social engineers had in mind.  Our flats gave people who - before the war - would have been looked down on by their 'betters' in some suburban enclave a platform of their own from which to look down on others.  Given that many of the residents worked on tabloid newspapers, maybe that had a part to play in disseminating the idea that ‘real’ council estates were places for lesser, feckless, beings.

And it got worse… 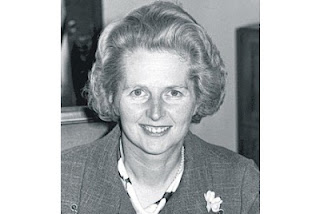 When the Right to Buy came in, our flats were among the first to go, and they were rapidly sold on.  Nestled alongside two major hospitals, they were snapped up by doctors needing crashpads and yuppies getting their first step on London’s Housing ladder.  The playground was turned into a car park.  They probably have entryphones now.  I just looked on the internet.  A three bedroom flat there will set you back more than £330,000 these days.

In the early fifties, our block of flats was part of a much bigger social enterprise.  We were not far from the pioneering Peckham Health Centre, though by the 1960s it was little more than a swimming pool. 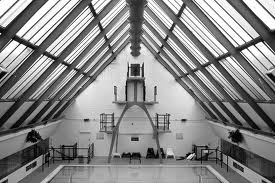 The familiy planning clinic (where sixth formers from my school handed over a guinea to get the pill, and where we were shocked to discover that the nurse there was a resident of our flats) had been the very first in London.
No doubt some of the early residents of our flats had gone there out of idealism – even hoping to walk in the shoes of the pioneers who had set up the Health Centre and the clinic.  I remember babysitting for a young couple when I was in my teens. They told me that they had come because they wanted to live in a ‘community’.  It was the first time I had heard the word. Those young hippies were doomed to disappointment.  Most of our parents never spoke to anyone in the Yellow Blocks. They probably felt they were doing them a favour simply by being there – gently raising the tone.

In the end, almost all the tenants of our flats sold up and moved on as soon as they had the chance --  happy to leave those in the Yellow Blocks and the council's rules behind them.
That probably wasn’t what Alderman Houghton had in mind.

eleanor@eleanorupdale.com
Posted by Eleanor at 01:00

This is absolutely fascinating. I have close relatives living in Camberwell - in private accommodation, but very much interspersed between enormous tower blocks. The area seems to be changing, becoming much more mixed, but I wonder how much social integration there actually is.

Most interesting indeed,Ellie as ever.

I loved this post, and didn't want it to end. Fascinating from the aspect of social history, but just as enthralling for the details of a child growing up at that time. I wonder if Alderman Houghton ever realized he was a kind of childhood ogre - did you tell him?

This is a fascinating insight into the haphazard and piecemeal attempts to overcome the class barriers in England. Sadly no party has ever thrown their full energy into it.