A BLAST FROM THE PAST by Eleanor Updale

No matter how easy it gets to access digital images online, there's nothing quite like getting your hands on the real thing.  Of course it's wonderful to touch a rare and valuable object, but sometimes it's the ephemera of the past that make your heart sing.

I've been having fun reading an 80-year-old edition of Melody Maker, which I bought as a present for a dear friend born in 1933. 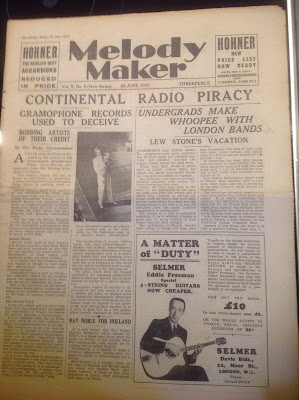 One of the first things that strikes you is the similarity between the preoccupations of creative people then and now.  The front-page story is about the threat of new technology, the horrors of piracy, and the difficulty of getting paid for your work.  Sounds familiar? 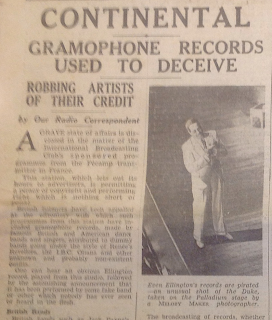 Inside, it's the little things that bring home the atmosphere of the time: the very name of 'Spike Hughes and his Negro Orchestra'  raises questions - and suggests some answers - about attitudes to race in Britain in the year Hitler came to power in Germany.  Preconceptions about the glamour of transatlantic liners are dispelled by Spike's diary about his US tour:
"I have spent six days on the ocean, in that vacuum called a transatlantic crossing, when nothing except meal times has any interest for one whatever."
His reflections on the shortcomings of design and acoustics of Radio City Music Hall and the Concert Hall in Broadcasting house (both now much admired) are fun, too:
"I wonder why architects persistently forget that music stands and instruments take up a little room, and that a platform which will accommodate fifteen upright waiters without trays will not, somehow, be large enough for one grand piano and a five-piece band." 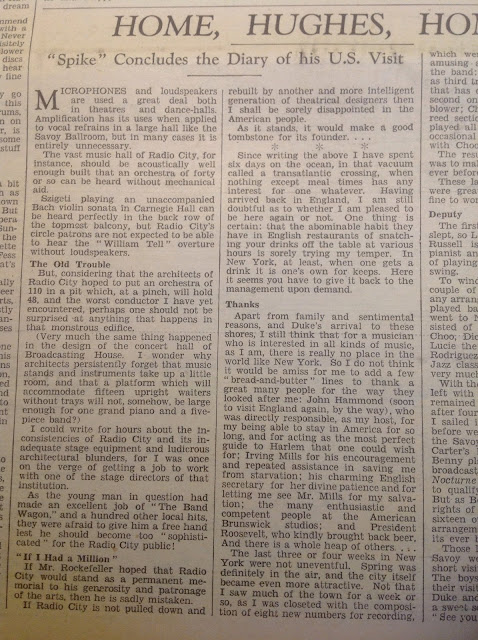 If you watched 'Dancing on the Edge' on the BBC earlier this year, you will recognise the atmosphere of the jazz scene and in particular, I think, one new venue mentioned here: a hotel near Windsor, which still exists.  The copy has more than a whiff of 'advertorial' about it. 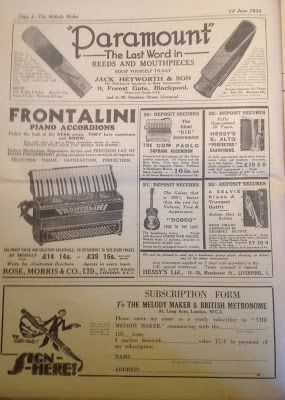 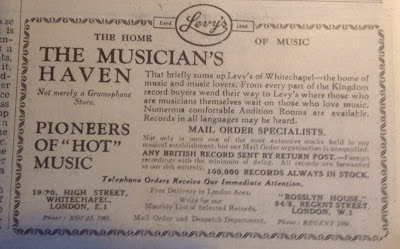 If you've read my book Johnny Swanson, which is set in 1929, you will know that I'm a little unhinged on the subject of ancient advertisements. 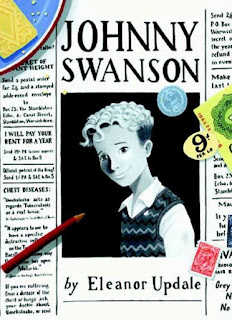 I do find all aspects of them  - from their design, through the information about prices and values, to the unintentional messages they give about aspirations and status - priceless tools for the historian or historical novelist.  They are a crucial means of getting the 'feel' of an era.
Obviously, you can't take them entirely at face value.  After all, we wouldn't want future generations to think that we went round supermarkets beaming with excitement and tapping our bums with joy at the thought of saving a few pence.  Will they believe that we gave headspace to the latest innovations in disposable nappies, or that we lived in immaculate clutter-free kitchens, cleaned to a sparkling shine?  Let's hope not.   But all the same, there are messages about us in advertisements - even if some are not very flattering.
The classified ads convey the mixture of hope, despair, and trickery that are still with us today.  There's inspiration for a story in every one. Why is that saxophone being sold? Which deluded wannabe will buy help with their lyric writing?  Which failed lyric writer is offering it?. 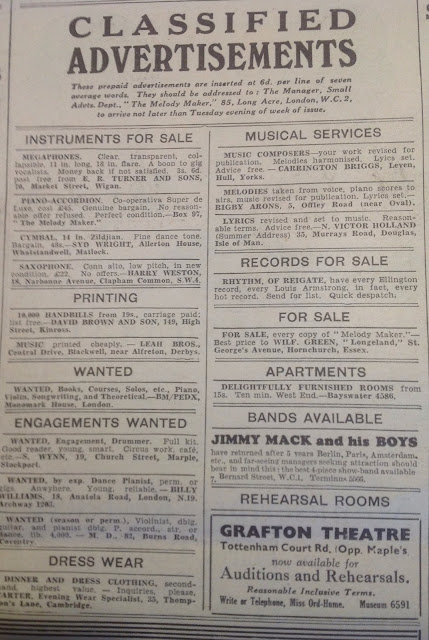 I hope my friend likes his present.  I've certainly had a lot of pleasure from it before wrapping it up.
www.eleanorupdale. com

I totally agree with you when you say old,vintage ads are a great way to know how our previous gen lived. It's almost self explanatory. and also so lovely is the 'old world charm'. It makes us feel that our current 'one-touch-one-click' lives really need to slow down. :)

Agree with Tia but add the obvious often repeated saying "History repeats itself" Most of the problems are similar whatever age we live in and come around again with regularity.

I'm lucky enough to work at Mary Evans Picture Library where we have hundreds & hundreds of bound periodicals from the mid-Victorian era up to the 1960s and at present I'm working on a book about the home front during the First World War which draws from The Tatler, The Bystander, The Sketch & The Queen etc with a particular focus on the upper classes. Magazines capture the essence of a particular era probably better than anything else, particularly in wartime. They reflect the preoccupations of their readership and due to their regularity offer a detailed minutiae of everyday life that is almost impossible to get from any other source. Memoirs and diaries can transport us back, but the eclectic mix of photographs, gossip, news reporting, advertisements and illustrations paints a picture of a particular place and time better than anything. Love this Melody Maker - thanks for sharing it!

Going to agree again, this time with Luci...

Don't think I have ever moved away from the ideals that I grew up with in a loving household but now find myself alone.

And due to Government policies/health issues and getting older I could worry what the future holds.

But mentioning the war...thankfully I have the skills and commonsense to make and mend, cook reasonably healthy,tasty meals from basic ingredients and can stretch many over a few different meals. Often what could be called comfort food and many are from Wartime.

Yes many are better off today and the media gives such impressions but there many who are still living a very simple and frugal life not much different to ages ago.