Are you receiving me, over? A Sound History - Eve Edwards

I have been listening to the recent BBC Radio 4 programme, Noise: A Human History by David Hendy (you can catch some of it on iPlayer if you missed it).  Fascinating.  He has attempted to chart sound from the very first knockings of stone and wood, singing, drumming and echoes in caves to the most sophisticated uses of noise in our present day.  It started me off thinking about historical sources and what we lack when trying to recreate the past for the purposes of novel writing.  Until recorded sound comes along with a crackle and a hiss, we have some words and pictures but have to guess the soundtrack that accompanied, say, Ancient Rome or a medieval castle.  It is an almost impossible task to recapture it - or perhaps I mean impossible to recapture it without applying a modern sensibility to the experience.  I am not talking about the honourable exception of early music experts who perform music on original instruments - the high culture soundtrack of the past; no, I mean the everyday sound of the streets, forts and farms. 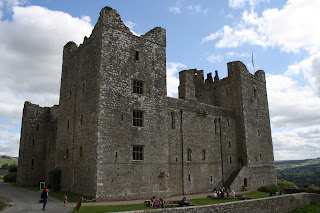 One of the problems is that we think we know what the past sounded like. Take films.  You never see a scene of butch men drawing swords without that accompanying 'eek' from the scabbard.  That's what battle preparation sounds like, right?

The sound is produced by two metals rubbing against each other.  A scabbard was made to preserve the edge on the blade so was very often made of wood lined with wool or some similar combination.  Drawing a sword should be a nearly silent operation, though perhaps there would be a nice clunk as you return the blade to its casing.  This does not get into films because it doesn't sound right.  Realism gets overruled for our fantasy of the past.

Bring our history forward from knights-in-armour to Victorian London and we struggle to conceive of the decibels endured by our ancestors.  Annoyed by the building work over the road?  Victorians put up with that and much more. In Judith Flanders' The Victorian City  she has a fascinating section on street surfacing.  A popular choice was wooden blocks, mainly for the muffling effect. The shopping streets around Oxford Circus was paved with them in the 1840s and 'the shopkeepers state that they can now hear and speak to their customers, even, some noted in wonder, when their windows were open.' (p. 37).  The relief was only temporary.  The wood degenerated rapidly and put the horses at risk so had to be replaced a few years later with granite.  Back to the old rattle, crash, shout of the pre-wooden floor era.

For my next book, Dusk (June 2013), I've been writing about the First World War.  The Wilfred Owen 'Anthem for Doomed Youth' has haunted my internal soundtrack for many years and does an excellent job in poetry of trying to convey the sounds of the various weapons heading the way of the man in the trench - 'monstrous anger of the guns', 'stuttering rifles rapid rattle', 'shrill, demented choirs of wailing shells' - an amazing poem.  But the total blitz on the hearing - and I use the word on purpose - is almost impossible to convey in a restrained poetic measure.  I came to the conclusion that the nearest peace time exposure to that level of sound would be a rock concert - the so loud you can no longer hear it - the deaf for days afterwards.  One of the things that brought on shell shock was not necessarily the exposure to the blasts themselves but the constant noise of them.  We are wired at a primeval level to react to sound in order to survive; we can only bear so much. 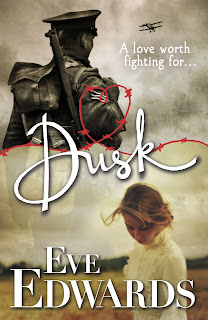 I would love an archive devoted to reconstructing historic sound-scapes if such a thing could be put together by some clever university techno-wizard.  It would help me hugely if I could 'listen in' to a surround sound aural history, perhaps accompanied by snatches of conversation and street cries.  It would have to be free of Hollywood or BBC costume drama tidying, a clickable sound track with footnotes to tell me what I'm hearing. Anyone volunteering?

And I suppose after that there would have to be the smell archive...
Posted by Julia at 06:00

I love that I can hear songs from my current historical period, the Victorian Wild West.

But I'm gutted that I'll never know what Roman music really sounded like.

I really enjoyed the post, thank you! My earliest novels had swords zinging from the scabbards, but then I became a re-enactor with Regia Anglorum and swiftly learned the truth via living history.
Fascinating to read about the wooden block surfacing.

Re-enactments are an amazing resource for writers - and the enthusiasts full of knowledge they are more than happy to share.
Great post Caroline.

Fabulous post! The zinging swords in films have wound me up for years. But I'm sure there are lots of other sounds I don't know to question. It was fascinating in the Jorvik Viking centre to see (and hear!) coins being stamped out in the traditional way.

This is fascinating - thank you!

I suppose it's an area that most of us grope about in without a great deal of certainty. I'm glad that you have highlighted it because it's something which we can probably all do better on. However, you can only know so much...

Thought provoking....I wonder what it sounded like inside homes...did parents yell at their kids to do chores like we do?...:)

Thanks for confirming my suspicions about swords scraping from scabbards. Something that winds me up i films is the great twang of drawn bowstrings and the whoosh of released arrows. I've shot longbows and, in fact, the whole action is almost silent. Archers practice for hours NOT to twang the string (because a plucked string deflects the arrow and ruins your aim.) Arrows do not whoosh in the air, and make only the smallest of sounds when they strike.