‘In the year 1787, golden horse-drawn sleighs set off from the icy North across the steppes, transporting Catherine the Great, Empress of Russia, and her foreign guests southwards from St Petersburg. The aim was political: to achieve an alliance with the crowned heads of Europe by showing off the territories newly gained from the common enemy, the Ottomans, including the recently annexed Crimea.’ –  An extract from the June 2013 issue of The World of Interiors magazine.

Apparently the party included guests such as the Holy Roman Emperor, Franz Joseph, and many of Europe’s leading ambassadors. They cruised down the Dnieper in gilded galleys and eventually arrived to an astounding welcome by thousands of Cossack and Tatar horsemen at the fairy-tale pavilions of the palace of Bahçesaray and entered the courtyards and gardens which according to Catherine ‘so strongly resembled the dreams of a Thousand and One Nights.’ 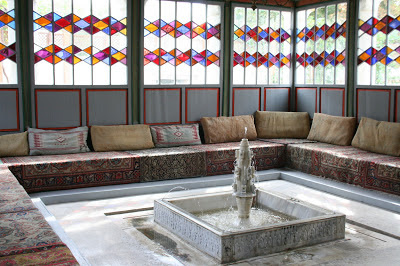 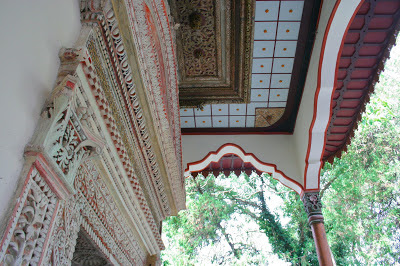 225 years after Catherine, I entered the same pavilions with considerably less ceremony but an equal measure of captivation for the beautiful seraglio and magical gardens. The utter tranquility of the Palace, once home to the Khan of the Crimea, with its light-filled rooms and gardens of towering cypresses was more striking because I’d just travelled from Istanbul where the eye can’t help being in a constant dazzle of distraction. Here deep in a valley between high mountains, a long coach ride from Sevastopol and the fields of the Charge of the Light Brigade, the remoteness made the visit more dreamlike. 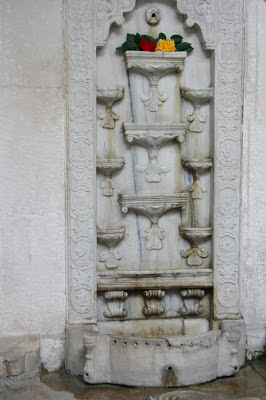 The name Bahçesaray comes from the Turkish word bahçe, which means garden, and saray, which means palace. A river flowing around the Palace feeds the garden of trellised vines, parterres and roses. Light airy interiors and courtyards are filled with the sound of water and a marble fountain made famous by Pushkin’s poem, The Fountain of Bahçesaray, tells of it being the tears of the Khan weeping for a lost love. Tatar women who look after the Palace place fresh roses here every day. Much of the marble work was done by Genoese stone artists who were ‘hijacked’ by the Khan to work in the Palace on their way to fulfil work in Russia. 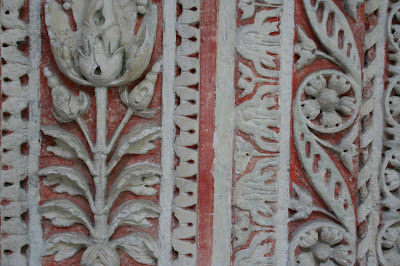 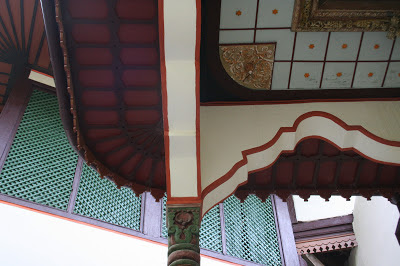 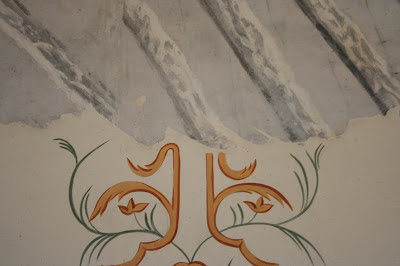 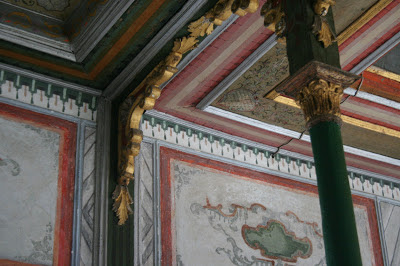 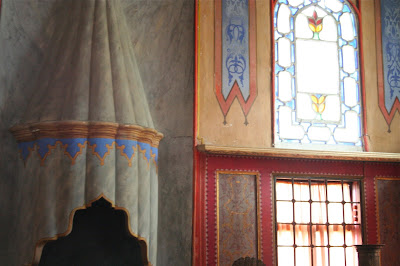 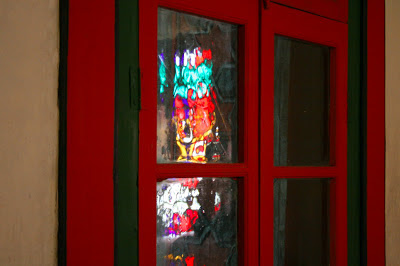 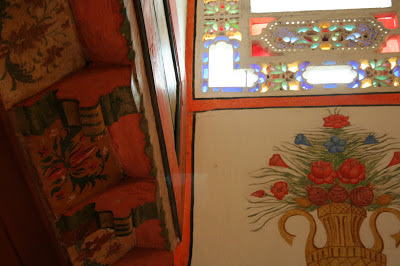 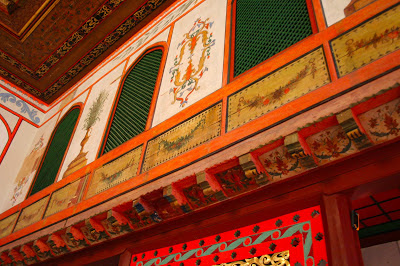 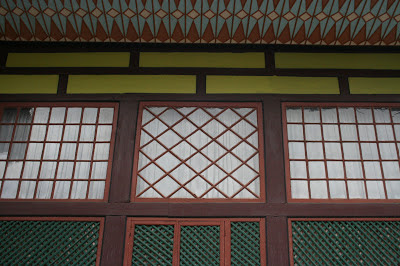 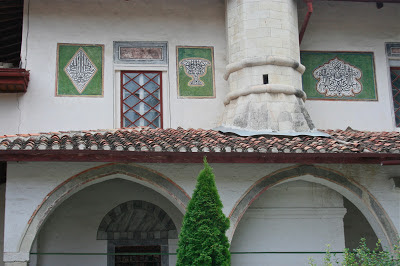 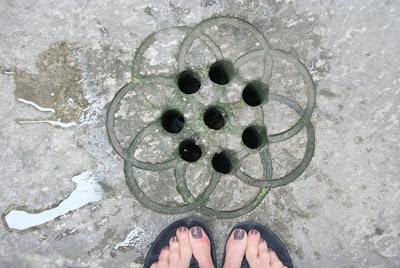 Painted surfaces, lozenges of jewel-coloured glass, ceilings studded with tiny gold stars, cool marble underfoot, the perfume of roses and the sound of water... what could be more redolent of dreams of A Thousand and One Nights – Catherine was right,

And for a quiz at the end... how many words do you know in English that come directly from Turkish? I could think of caracal, coffee, kaftan, kiosk, kilim, ottoman, pilaf, shaman, yoghurt and yurt... but there must be masses more.

The photographs are the copyright of Dianne Hofmeyr – please don't use without permission.
My newly revamped website is up at: www.diannehofmeyr.com
And in complete contrast to the above, my new picture book is: THE MAGIC BOJABI TREE 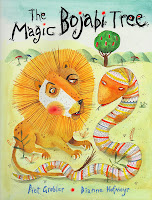 I love the way you share these glimpses of your wonderful travels.

Great to see a post about the Bakhchisaray palace here, Dianne! And lovely pictures. I was in Bakhchisaray a few days ago as part of a Crimea trip - serendipitously have blogged about it today at An Awfully Big Blog Adventure. Is the palace going to appear in a future novel of yours?
Lily

Will go immediately to ABBA and read it Lily. I'm convinced writers work on a greater percentage of serenditpitous behaviour??? So much energy out there seems to come together.

Yes Dianne, considerng how rarely Crimea, let alone Bakhchisaray, appears in western media or literature, this must be more than coincidence..
Lily

Wonderful! I never knew it existed!