The Return of Mary Hooper 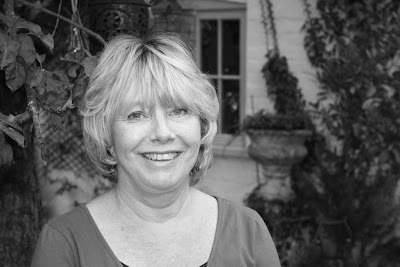 We are delighted to welcome back former History Girl Mary Hooper as our May guest. Mary's new book The Disgrace of Kitty Grey has just been published by Bloomsbury and is already getting rave reviews. It celebrates 200 years since the publication of Jane Austen's Pride and Prejudice. Kitty Grey is a dairymaid living in the country who is sent up to London to buy a copy of the latest must-read novel. Here we print an extract from the opening chapter:


Suddenly nervous about why the two young ladies had asked to meet me in secret, I hurried through the kitchens, went up the servants’ stairs and stood

waiting in the hallway between the drawing room and the front parlour, just as Miss Sophia and Miss Alice had requested.

I checked my nails, smoothed down my pinafore and sniffed. I was not used to being right inside the house and the air seemed to close about me stiflingly; an inside sort of air, stuffy and tickling my nose, a mixture of the previous night’s coal fires, the fibres of the thick wool carpets and the scent from the bowl of dried rose petals on the hall table.

I looked at my reflection in the glass of the nearest portrait and tucked a few wayward strands of hair under my cap. Lady Cecilia was known to be a stickler for cleanliness, especially in the dairy, and I couldn’t help but be worried that there had been a complaint against me. But then surely Milady would have asked Mrs Bonny, the housekeeper, to tick me off, rather than dele- gate the reprimand to Miss Sophia and Miss Alice, who (not just from my own observances but according to kitchen gossip) had little else in their heads but hand- some young gentlemen, ballgowns and supper dances.

I sniffed again and wished for them to hurry them- selves so that I might learn my fate, whatever that was. I gazed down the hall; from where I was standing I could see right up to the double front doors one way and back the other to the little room (I had heard Lady Cecilia call it a petit salon) where she took tea at precisely four o’clock every afternoon. All along the walls of the passageway, placed at the same distance from each other, were portraits of the family. These were mostly gloomy- brown old things, starting with Lord Baysmith the Army Major, stuffed into tight red dress uniform outside the salon door, down to Miss Sophia and Miss Alice (lighter, brighter) in blue dresses with white sashes. Directly opposite the Misses was an oil portrait of their older brother, the present Lord Baysmith’s son and heir, Peregrine, who was away at school.

I counted the portraits: fourteen in all, going back years and years and depicting all the notable Bridgeford Hall residents. There was, I knew, a much more recent portrait of the present Lord Baysmith with Lady Cecilia, dressed as if for a ball but, strangely, sitting under a tree on the estate with two enormous hunting dogs borrowed for the occasion. It had been painted, apparently, by
someone very famous, and now hung over the fireplace in what they called the grand salon. I had only seen this painting a few times but I liked it very much, for in the background the sun could be seen glinting on the river, far away, and upon this river my sweetheart, Will, worked as a ferryman. The painting showed, faintly, a rowing boat with (I had convinced myself) a smudged representation of Will inside, his strong brown arms pulling at the oars.

I slipped into a little reverie, smiling to myself as I thought of Will. We had been walking out together secretly for some months now, and the time was coming when he must call on Mrs Bonny and Mr Griffin the butler with a request that we be allowed to see each other formally. This would mean that we could meet openly after church on a Sunday or, if the ferry business was quiet, stroll to the village on a summer’s evening. After we had been granted permission and walked out together for several years, we might be able to wed, providing my family were in agreement and we had somewhere to live. I was hoping that he might speak to Mrs Bonny soon – and I’d dropped plenty of hints that he should – but he was very much a waterman by trade and by type (that is, he did not give a stick for conven- tion). Moreover, I was slightly worried that, not being aware of social pitfalls, he might say the wrong thing at the wrong time and spoil our chances.

Miss Sophia and Miss Alice suddenly came through the drawing-room door, giggling together. Miss Sophia looked at me, put her finger to her mouth to indicate I should not speak, then said in a low voice, ‘Is there anyone around, Kitty?’ (I should say here that although I was born Katherine, everyone in the house called me Kitty, as Katherine had been thought too much of a name for a milkmaid.)

I bobbed a curtsey. ‘No, miss. Everyone’s about their duties.’

I shook my head. ‘I haven’t seen anyone.’ How would I see anyone, I thought, unless they came into the dairy? ‘Your mother is still abed, I believe,’ I added. I knew this because I’d passed through the kitchens and heard one of the upstairs maids complaining that she couldn’t get into Milady’s room to lay the fire and it was going to set her back for the entire day.

‘Because we’ve got something secret to do,’ said Miss Sophia. ‘Something we want you to assist us with.’ 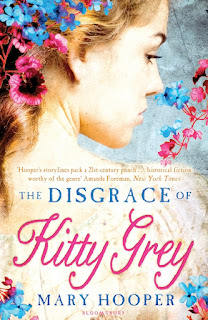 Mary Hooper is a very popular writer for children and young adults. Her brilliant historical novels have a huge fan base, as do her contemporary novels for teenagers. At The Sign of the Sugared Plum was selected as part of the 2010 Booked Up scheme and Fallen Grace has been nominated for the Carnegie Medal 2011. Mary lives in Henley-on-Thames. www.maryhooper.co.uk

We will have copies of The Disgrace of Kitty Grey to give away in our May competition on 31st May. 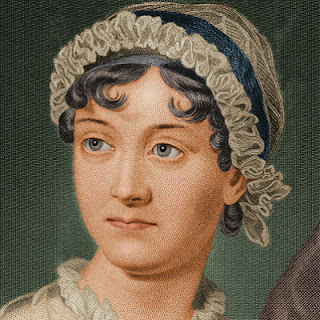 A wonderful read, as ever, from Mary Hooper.

Another graet book from Mary Hooper. I really enjoyed The Disgrace of Kitty Grey and reviewed it a couple of days ago :)

Kitty Grey is ace! Nice to see Mary's face at the top of the post and Jane Austen's at the bottom. Very good design!

Must get the book! Sounds marvellous, as always from Mary.

Extremely nice post. I just stumbled upon your blog and wanted to say that I have seriously enjoyed surfing around your weblog posts. Immediately after all I might be subscribing to your rss feed and I hope you write once again soon!london escort