I normally steer clear of using real characters in my fiction. I find myself so caught up in trying to make a portrayal accurate that it silts up my imagination, but there is always an exception to any rule and the artist Suzanne Valadon (1865-1938) plays a significant role in The Paris Winter. I just couldn’t resist her. Mind you, she was one of those people round whom stories and legends seemed to grow like weeds even within her lifetime, so I feel sure she wouldn’t mind me involving her in the fictional adventures of my characters. After I posted about women artists of the Bell Époque last week, someone foolishly suggested I write more about some of them, so I'm delighted to have the chance to write about her again.

Valadon was born in Bessines, but her mother left there for Paris soon after Suzanne was born and, apparently seduced by the sight of the windmills on the hill, her mother picked Montmartre as the place to live. Suzanne, grimy, mischievous, unteachable ran wild there. Sometimes she’d follow funeral processions in the hope of tips from mourners, at others she’d get other children to model for her and draw their portraits on the pavements, once she stopped a runaway horse. She also said that as a young child she saw Renoir painting and told him to keep working at it and not be discouraged. She became a circus performer (possibly) and a model  certainly. She appears in works by Renoir, Toulouse Lautrec and Degas, and was mistress and muse of Puvis de Chavannes.

She also began to draw and paint herself and Toulouse Lautrec was her first customer and advisor, though he treated her as an equal. Her work has a boldness - strong lines and fierce, deep colours. There is also an clear-eyed honesty to her work. Her paintings are frank studies of family relations, sexuality and ageing. She had a great deal of success with her work, allowing her to keep her ramshackle family of mother, alcoholic son, lover, goats, dogs and friends afloat for years. Apparently she claimed to feed her bad drawings to the goats. The alcoholic son’s fame as a painter in the end eclipsed her own. Maurice Utrillo used his empty cityscapes to pay his bar bills, even when his works were selling for thousands in the commercial galleries of the city.

His parentage is uncertain. One story says that his official father, Miguel Utrillo, agreed to acknowledge paternity, because who, after all, wouldn’t happily sign their name to a work of Renoir or Degas? Suzanne was also at one point the lover of Erik Satie, in fact he was so devastated when she left him he never had another relationship.

At the time of The Paris Winter, late 1909, Suzanne had just given up an experiment with bourgeois living. She had moved to the suburbs with a banker for a while, but the comfort of such a life was no replacement for artistic cut and thrust of Montmatre and she returned to live there with her new lover, another artist who was three years younger than her son called Andre Utter. They stayed together until 1934.

She had a great line in telling people what she thought. One year when her work was shown in the Paris Salon alongside a more academic painter with a similar name, he wrote to her suggesting a way they could sign their work to avoid confusion. She wrote back a note saying, fine or you could just sign yours ‘merde.’

I’ve linked to a few more of her works below, and I recommend June Rose’s biography of her, Mistress of Montmartre. She is not as celebrated as she should be, but they still know who she is in Paris; if you’ve ever taken the funicular up the hill to Sacre Coeur, you caught it in the tiny but perfectly formed Suzanne Valadon Square. 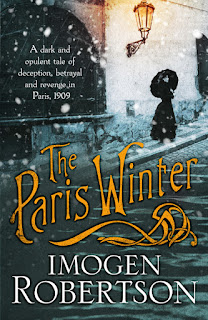 What a character! Thank you, Imogen.

Fascinating stuff - and what a strong face she had too! Great character, and I can't wait to see what you've made of her.

I read a biography of her some years ago and was very interested - I think putting her into fiction is a great idea, because it will make people want to find out more, as well as enjoying what you've written. And there are still people who say 'there are no great women artists'! None so blind as they who will not see.

Sounds a most enticing book - and what an amazing woman hse was!

She had such a different view on her subjects than her male counterparts of the time. I see a little of her ingenuity in your character Harriet. I will have to find this little square in Paris-- thanks for sharing about Suzanne Valadon and thanks for your novels!