BACK TO SCHOOL by Adèle Geras

Fellow History Girl Caroline Lawrence appeared at Roedean School as part of their Classics Week a couple of days before I was there, and led the way. The girls and staff were still talking about her when I arrived, so she was a hard act to follow. But follow her I did, at the invitation of Sue Blood, the librarian. I stayed in Brighton the night before with some good friends in a splendid flat on the front at Hove, and on the morning before setting off for the school, we walked around town. I love Brighton. I love the literary associations, I love the slightly faded glamour of a resort out of season, and I love the Royal Pavilion, which is very beautiful and in the words of Sally Prue, also "BONKERS." I would have put up a photo of it, but then I saw a knitted version, which adds a whole new level of bonkers to the story, so I'm showing you that instead. You can, of course, always Google the Royal Pavilion. 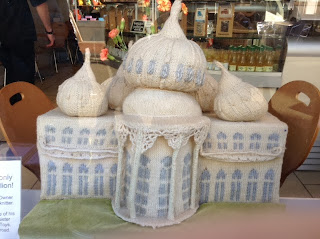 I went up to Roedean just before lunch and the taxi was early so I walked around a bit beforehand, outside. The first thing I noticed was that the colour of the whole place had changed. It used to be grey and forbidding, stony, rather dark against the skyline but now all had been painted butter-yellow, which looked much more welcoming. When I arrived here in January 1955, just short of my 11th birthday and expecting Malory Towers, it was snowing and the lights shining from all the windows dotted the darkness. It was cold and I can't remember being scared except in retrospect. I can now imagine the scene from the point of view of my mother and understand how she must have been feeling. Nearly sixty years later, here I was again and the sun was shining and the place looked terrific. 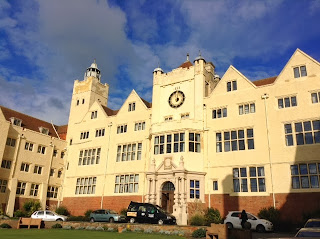 There was also a notice board, pointing the way to all kinds of delights. We certainly never had a café, and the swimming pool they're pointing out is a fabulous place with heated water. No such soft stuff for us! We swam in the summer in an unheated pool. It was horrendously cold, always. 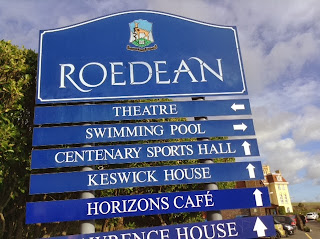 I was very happy at school. I am naturally gregarious and enjoyed living in company all the time. I took this picture standing outside House Three, which was my house. Miss Ratcliffe, my House Mistress, saw more of me in those years and knew me better than my own mother. She was also my wonderful Latin teacher and I remember her with enormous affection and respect. 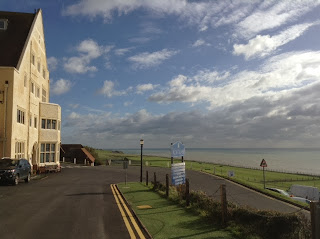 Sue Blood took me round House Three and the first thing I noticed was how modern and luxurious everything looked. Of course, it would do. More than half a century has elapsed and things have obviously changed but I was struck by this beautiful carpet (see below) going upstairs in House 3. We had lino: green as I recall. We ate in the House and not, as now, in a beautiful canteen for the whole school, where you can actually choose what you have for lunch. Unheard of, naturally, in my day. You ate what you were given. Asked over lunch what I mainly liked and remembered about being at school, two things stand out. The teaching, without which I would never have got into Oxford and the plays we put on every year. Those school productions, directed by Miss Braund, who is still alive, are golden in my memory. I was Paulina in "A Winter's Tale." I was de Stogumber in a terrific production of Shaw's "St. Joan," and this all happened in the School Hall,which has now been turned into the Library. I didn't manage to take a photo of the theatre as it is today, but that was where I gave my talk and all I can say is: any small town would be happy to have such a place in it. It looked state of the art to me, and it seats about 200 people. I believe professional companies come here to perform sometimes but the huge photos backstage were all of recent school productions and I wished I could have been in them all. 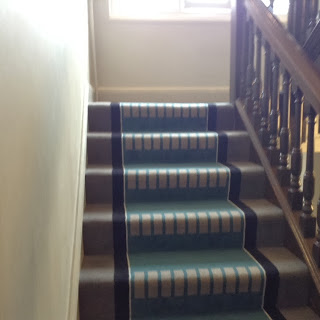 My talk went well, I think. I enjoyed talking to the girls who interrogated me closely on how things were in my time. I told them about HAPPY EVER AFTER, which is a retelling of three fairy tales, set at Roedean in 1962, the year I did my A-levels. Every single thing in that book, I told them, is true, apart from the plots of the three books. The questions kept coming, and it felt very strange to be called 'Madam'....something that hasn't changed. That's what we used to call the staff back when I was there. 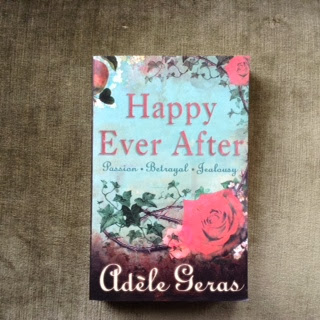 I felt like a kind of living historical relic. It was really wonderful to be back. Everything felt completely familiar even though so many things had changed since my day. In a way, it was like going home, mostly because during most of my childhood, I didn't have a "home" to go to in the holidays but visited relatives, friends most of the time. My parents were abroad, and I saw them in the summer holidays, though my mother did visit as often as she could, taking a small flat in London on several occasions. But there was nowhere that you could rely on to be the same day in and day out, except for Roedean. I made lots of friends there and apart from maths and anything sporty, loved my lessons and got on with the staff. It occurred to me that the main thing Roedean instilled in us without even trying was the idea that women were the equals of men. The women who taught us and looked after us simply assumed that the whole world was available for us to live in on exactly the same terms as if we'd been men, and that we could follow whatever path we chose. I'm closing this nostalgic post with a picture of thing I loved most in the whole school: an Art Nouveau-ish carved stone inset into the space above the fireplace in the House Mistress's drawing room. I always thought when I was at school that it represented Sleep and I used to think it was most beautiful. I still do. 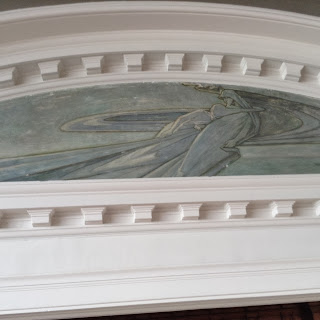 If one day I and all my works are entirely forgotten apart from one single word, I think I should quite like it to be 'bonkers'.

Thanks for the post, Adele, it's fascinating to hear about such an strange but obviously kind and nuturing place.

Butter yellow! What a good colour! This is a lovely post, Adele, and especially your suggestion that, if all the staff care enough, school could - and can - be a kind of stable home to children & young people when all the circumstances around them are changing, for whatever reason. (And whether a boarding or day school, too.)

Fascinating! And refreshing to hear such a positive memory of a boarding school rather than the usual misery memoir sort of stuff. But you're no 'relic', Adele! Lucky girls, and with the treat of reading that book to come.


What a great school! The girls are so lucky to be there. You were so lucky, too! Can't wait to dip into Happy Ever After... Madam! ;-)


Love the knitted Brighton Pavilion Adèle! Just think, when I was a child I gobbled up the Chalet School adventure stories and there you were - actually living them!

Goodness, what a lot of wonderful facilities! (I checked out the web site - the boarding facilities alone look like a five star hotel these days). I am SO envious on behalf of my own students, whose parents could make all the sacrifices you like and still never be able to afford the fees at a school like Roedean. We don't even have a school hall let alone a theatre and a swimming pool. In quiet moments, the Principal and vice-principal put on overalls and paint and repair.

We do have a kind and nurturing staff, though! :) And many of our students get into the tertiary course of their choice.

Boarding school is from stories I read long ago. Can it be real life? This nostalgic post makes me so interested in your book.

It sounds wonderful, and caring, Adele - though I suspect you'd need to be gregarious to survive boarding school. I used to read boarding school stories and think how dreadful it must be never to be able to escape home at the end of the day. I liked the stories, though - and also recommend Happy Ever After, which I assume is your three Tower Room stories in one book.
Also LOVE the knitted Brighton Pavilion!