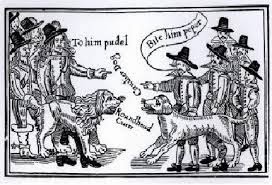 George Osbourne has a dog, named Lola (which is, most annoyingly, the name of my own dog). This fact was Tweeted recently along with a photo of the unthreateningly fluffy Bichon Frisse who has taken up residence with the Chancellor and family. I wonder if the hope is that some of that cute cuddliness will migrate by association from dog to owner. Bo, the White House dog (a suitably adorable Portuguese Waterdog), seems constantly available for photo opportunities, should Obama need to remind the world what a good guy he is. But wind back the clock several hundred years to the English Civil War and we have an entirely different picture of the role a dog played in the political arena. 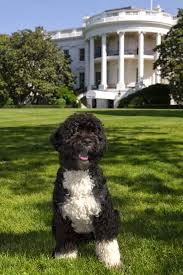 A white poodle called Boy was the constant companion of Prince Rupert of the Rhine, a cousin of Charles I, and ruthless commander of the royalist cavalry. Far from being the pampered pooch of today’s politicians, Boy joined Prince Rupert’s famously reckless cavalry charges and was a fixture on the battlefield. He was used for the purposes of propaganda, not to assert the cuddly, human face of Prince Rupert, but to mock the gullibility of the opposition. As the royalist army gained ground in the war, Boy became talismanic of their success. In a culture that widely accepted witchcraft, it was easy for the parliamentarians to cast Boy as the Prince’s familiar, possessed of devlish powers that rendered his master impervious to battle wounds, who was able to catch bullets in his mouth and by association suggesting that the Prince himself was some kind of demon. The royalists used these beliefs to deride their opponents with a satirical poem by Cleveland playing on these fears. Cleveland also claimed that clever Boy would raise his front paws when someone mentioned King Charles and cock his leg on hearing the name of the leader of the Parliamentarian forces (let’s hope Lola doesn’t get any ideas). 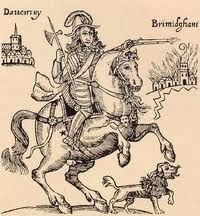 Sadly Boy’s supposed demonic powers were not sufficient to save him from his untimely and tragic death in 1644 at the battle of Marston Moor, a brutal routing of the Royalist forces and a turning point in the war. 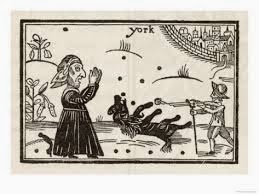 To what extent the opposition genuinely believed in Boy’s supernatural powers has been a matter for historical speculation, explainedhere by Mark Stoyle, author of The Black Legend of Prince Rupert’s Dog.