I’m glad to say that my family tend to get on very well, particularly at Christmas. After considering this for some years, I’ve decided it’s because we start the day by drinking Champagne Cocktails. So, on that dubious premise, here’s my personal guide to festive drinking for History Girls:

1. Champagne Cocktail
Now I know this is just a Robertson Christmas tradition, but it’s a great tradition so I feel it only right to try and spread the word. Cocktails are an American invention - thanks, guys - and were regarded with a sort of delighted fascination when they crossed the pond in the 19th century. There is a sort of drooling delight in the way the British papers report on these strange American mixed drinks. In 1884 they list with palpable relish the huge range of cocktails available at the American Bar of the International Health Exhibition, London. A medal was awarded to Plymouth Gin at the same event, by the way. That sounds like my kind of Health Exhibition. Still, the Champagne Cocktail was King. It is described as a ‘capital soother for a sore head and coppery tongue.’ Which is true, and probably why it works for us in Darlington on Christmas morning.

Mr Gladstone was offered one in 1888 when he visited the United States Exchange in the Strand. After drinking it he offered a general invitation to the people of the Republic to write to him, giving his address as ‘Mr Gladstone, England’. Which is the sort of thing I do after a cocktail.

2. Mulled Wine
Ok. Back to more traditional Christmas fare. Well-ish. It is the mulled wine that Fred lifts to drink the health of his Uncle Scrooge in ‘A Christmas Carol’, and it’s certainly associated with Christmas now, but basically I think the British were always up for the idea of mulling something whenever the weather got chill.

John Hutton’s Dictionary of Modern Slang in 1859 defines to mull as to spoil or destroy, which seems a bit harsh in this context, though maybe that depends on what you think of posset.
Let me explain. For Elizabeth Raffald in her mid-eighteenth century cookbook, mulling wine involves a lot of egg yolks as well as sugar, nutmeg cinnamon and optional orange peel, to create a drink that is ‘hot and pretty thick’ to be served with toast, so her mulled wine is basically boozy custard.

By the mid-19th century recipes are offered with or without eggs, so the ‘egg-nog / posset’ tradition separates from the ‘adding spices and sugar to anything alcoholic’ tradition of mulling as we know it now in the UK. Possets were regarded as health drinks, which is perhaps why in the early 19th century mulled wine seemed to be the drink of choice for men who went in for ultra marathons. Well, at least it was for a Chairman named Spence who in 1801 went 42 miles in the space of eight hours at a ‘kind of trot or half-run’.  He had three rests of a quarter hour each when he took a little mulled-wine. In 1806 a Shropshire man was similarly sustained during his attempt to walk 142 miles in 30 hours. Neither news item states this is the 'with egg' version of mulled-wine, but it would make sense. Obviously it was the drink of champions - a sort of 19th century version of those protein shakes beloved by modern sports fiends. 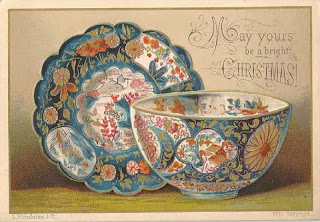 3. Punch
Now degraded to a nasty neon concoction left at office parties to provoke the prankster and trap the unwary, it was the high holiday drink of the 18th century country squire. In 1792 he was already thought of as a creature of a former age, mourned over thus in the Annual Register: ‘[He] never played at cards but at Christmas when a family pack was produced from the mantle piece, was commonly followed by a couple of grey hounds and a pointer and announced his arrival at a neighbour's house by smacking his whip or giving the view halloo. His drink was generally ale except on Christmas, the fifth of November or some other gala days when he would make a bowl of strong brandy punch garnished with a toast and nutmeg.’ Again with the toast! Reminds me of my days drinking in Russia, when the locals repeatedly told me vodka could do you no harm if you had a bite of black bread after every shot. They were wrong.

4. Spiced ale / Wassail!
Laurie Graham has got ahead of me in this excellent post, but I can’t resist adding this 1784 account from a correspondent to The Gentleman’s Magazine:

‘In that part of Yorkshire near Leeds where I was born, and spent my youth, I remember, when I was a boy, that it was customary for many families on, the twelfth eve of Christmas […] to invite their relations, friends and neighbours to their houses, to play at cards and to partake of a supper, of which minced pies were an indispensable ingredient; and after supper was brought in the Wassail Cup, being a large bowl, such as is now used for Punch, filled with sweetened ale and roasted apples. I have seen bowls used for this purpose that held above a gallon. A plate of spiced cake was first handed about to the company, and then the Wassail Bowl, of which every one partook, by taking with a spoon, out of the ale, a roasted apple and eating it, and then drinking the healths of the company out of the bowl, wishing them a Merry Christmas and a happy New Year. […] I am of opinion that the custom was very ancient, but from whence it arose, or why the mixture was called Lamb Wool, I do not at present pretend to account.’

5. Nappy to finish
I apologise, ‘nappy’ was just slang for strong ale, but mentioning it here means I can quote this, and having found it, I must. It’s from a volume called ‘The Oxford Sausage’ of 1772.

Meanwhile then, make us Statesmen happy
This Christmas with a Cup of Nappy:
Bring forth your punch, your strong, and stale
The shivering Newsman's sure regale:
Nor let the authors of these rhymes
Find your hearts - harder than the times.

Glad to be reading this in the still brisk hours of morning - although after the big groceries shop - so I can muse on which of your invigorating glasses will be best for my return after the next shopping round in town.

Thank you for the post, Imogen, and wishing you a happy time over the family cocktail.

Thank you, Penny! Good luck with the shopping.

Slainte, Imogen! Just the ticket for those of us, of a certain age, who're a little tired of getting nagged about our drinking.

What a bad influence you are - thank you!

Laurie and Joan, a delight! May the revels begin!

Have made notes as Son embarking on trying to become a "mixologist" in his Gap year, and will be making many cocktails this Christmas.

I read somewhere that cocktails first came about because someone didn't want to waste what was left in near-empty bottles, so simply mixed them all together. I don't know if that's true, but it's a fun story and if so, cocktails have come a long way since then. ;-) Have a great festive season!

Lovely post, Imogen - just back from the only booze shop in the country here, and planning mulled wine for tonight. Champagne cocktails do sound temptingly civilised though ..;) Happy Christmas!