'Help! What am I?' by Karen Maitland 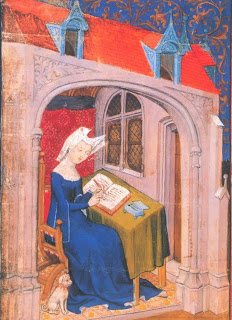 Recently I tried to move some savings to an account with a fractionally higher rate of interest than my existing one. Although the amount involved would not have kept an international money-launderer in champagne for a day, I found myself having to answer a catalogue of questions. Tedious, but fine until we came to the question – What’s your occupation?

‘Sorry that’s not coming up on the computer,’ the young man said. ‘It’s suggesting underwriter.’

‘A slightly different occupation,’ I told him. ‘Try author or novelist.’

‘Sorry the computer doesn’t recognise either of those as occupations.’

‘It’s obviously been talking to some of my relatives,’ I said.

‘What about journalist?’ he suggested.

I considered the label. I do delve into the scandals, crimes, murders and wars in the past, if not the present, so you could call my work investigative journalism. But then I remembered a friend who was turned down for travel insurance because he’d given his occupation as journalist. Presumably they were afraid that if they ever refused his claim for a broken ankle on the grounds he’d failed to declare that in 1978 he was treated for a verruca, he might write a damning article about them in the nationals. Better not to use journalist then.

‘What sort of novels do you write?’ my interrogator asked. 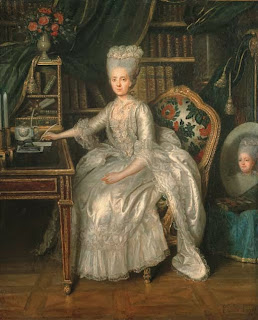 ‘We could put you down as an historian.’

We could, but last year I attended a talk given to a local history group by a guide working in one of the stately homes. I fell into conversation with the lady sitting next to me, who was raving ecstatically about her favourite historical crime novelist, saying how thoroughly he researched the books, what detailed knowledge he had about local history and how she’d learnt more history from his novels than from any non-fiction book. Later that evening, she mentioned the group needed more speakers.

‘Why don’t you invite that novelist,’ I asked. ‘He’s an excellent speaker.’

She looked scandalised. ‘But this is a serious history group. We don’t invite novelists to speak.

I know that most History Groups don't take that view. I have given talks at a number of different history groups round the country and am booked to give more in 2014. And many history festivals now include a mixture of fiction and non-fiction writers, but sadly that lady's view of historical fiction writers is still prevalent among some readers - if history is presented in the form of fiction, it can't be 'serious'. 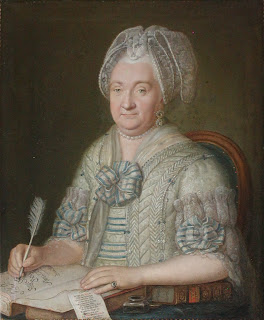 Having gained a doctorate in a different subject, I can say from experience that most historical fiction writers, have carried out enough original historical research for their novels to have more than earned a PhD in history. Of course, I know that writing medical romances doesn’t qualify the author to be a nurse and writing crime novels doesn’t make the author a forensic scientist. And I also know that academic historians do far more than simply research facts. But I am fascinated that while many people say they read historical fiction to learn about history, if that same information is presented in a non-fiction book, the author is regarded as an historian, whereas the fiction writer isn’t. The exception is those authors who write novels based on the lives of royalty or the famous. Why is that?

‘So what do you actually do when you’re writing?’ my interrogator asked.

‘I sit in an office at home – actually it’s a large cupboard – and type on a laptop.’

‘Ah,’ the young man said with relief, ‘then we can put you down as clerical. The computer likes that one.’

I was sorely tempted to ask if I was now clerical, should I be wearing a dogcollar, but I had a horrible feeling that would then set that wretched computer off on another round of questions about whether I was a bloodhound or a sheepdog. So I quietly I slunk back to my cupboard and started typing again. I know my place.

Next time I'll just keep the money in a piggybank.

Writers everywhere will smile in recognition, Karen. I've always said I'll keep my money under the mattress. In the unlikely event I should ever make any.

Take a deep breath, and a hug from another cleric!

Very droll, Karen. Writers and money just don't mix, obviously. We should know our place. In the dog collar.

I have had "copywriter" suggested to me by an insurance company but it just isn't the same.

This brought a smile, particularly after watching 'Money Never Sleeps' about the seriously scary Wall Street crash... Maybe if the money computers did have a slot for 'author' (or 'creator') then we wouldn't all be in such a mess now.

Authors can be given ludicrously high insurance quotes on the basis that we are all driving JK Rowling about in our cars, and therefore if we crashed we'd be done for high damages.. I loved this post, it made me laugh ruefully.

I loved this, and showed it to my husband. He told me about a landscape architect who'd had the same problem, and was offered 'astronaut'.

This did make me laugh, Karen!

I opted for "Literacy and Language Consultant" on my passport, having been advised against using "writer" or "journalist".

Loved this! And I was reminded that Douglas Adams once wrote a computer game where the virtual adventures took you under the Earth and sea, and everywhere between - but the object of the game was to get your bank to recognise your change of address.