The British Library’s new Georgians Revealed exhibition is now open. It is a wonderful exploration of works on paper throughout the Georgian period, and the whole thing has a dynamic feel to it that reflects the spirit of the age. 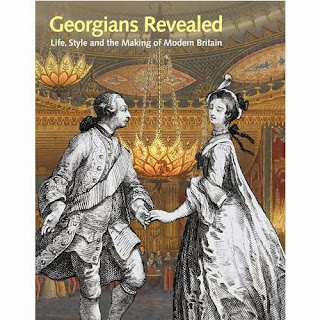 Last month, I gave a Sunday lecture there focussing on the importance of paper during the eighteenth century, but also on the broader themes of life in Georgian London. What makes a Londoner? How was that identity forged? And what part did paper play in it?

Londoners had always been financial animals, but they were becoming consumers on an international scale. For that, they needed a currency they could trust. The foundation of the Bank of England in 1694 saw the beginning of a move towards standardised bank notes; the first ‘modern’ ones appeared in 1725. That, coupled with recoinage to get rid of the vast numbers of brass fakes swimming around the system, helped to stabilize the pound and create confidence in it. As an aside, the most famous of the Wardens of the Royal Mint, Isaac Newton aged nineteen, made a list of his sins which, along with stealing, ‘punching my sister’, ‘falling out with the servants’ and ‘having unclean thoughts’ was ‘Striving to cheat with a brass halfe crowne’. 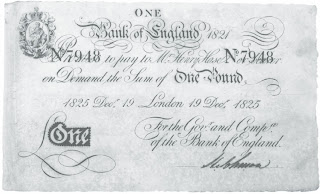 International trade required that this money had a value not only at home, but when compared to other currencies, so, in 1698, a Huguenot named John Castaing began writing up a news-sheet called The Course of Exchange and Other Things. The sheet included stock prices, bullion rates and exchange rates. It was published on Tuesdays and Fridays and sent to the Hook of Holland the same day in bulk.

Owing to the power of commerce, literacy was rising fast. Parents and orphanages found that their children were simply more employable if they could read and write. This rapid rise in literacy was accompanied by a boom in print culture. Thousands of news-sheets, papers, ballads and broadsides were printed in London’s Moorfields, where Grub Street was a real place specialising in tabloid-type publications. Newspapers came to prominence in the reign of George I. They were key to London trade and social life, but politicians were becoming aware of how the press could be used to influence the electorate. Though the government was becoming increasingly aware that it could not control the press, it could - through the Post Office - control its distribution. It franked and sent out the newspapers which were most supportive and least inflammatory to those ‘who keep coffeehouses, that they might be furnished with them, gratis’. 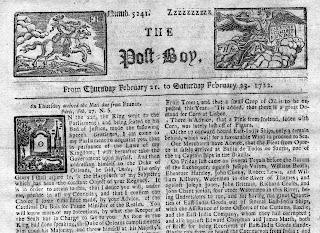 Moorfields was not only the centre of production for the popular press, but it was also the home of many of London’s producers of pornography. Most of this was retailed south of the Strand, where two streets, Wych Street and Holywell Street were almost entirely given over to the sale of London’s saucier material. Samuel Pepys probably represents the average consumer: he had a copperplate print of a naked Nell Gwynn above his desk at the Admiralty; and in the early part of 1688, he purchased a copy of L’École des Filles from John Martin, his bookseller. On a February Sunday, ‘the Lord’s Day’, as he noted in his diary, he went to the office to do some work and have a little read of his new purchase, ‘which is a mighty lewd book, but yet not amiss for a sober man once to read over to inform himself in the villainy of the world’. Women also played a part in the production and sale of pornography: Elizabeth Nutt ran a cluster of shops in the Royal Exchange where she sold her more respectable stock, such as Swift’s Tale of a Tub. She was also listed as a ‘Mercury-woman’, printing cheap and often seditious or salacious ballads in Grub Street; in the 1730s, she was printing pornography there, aided by her daughters. 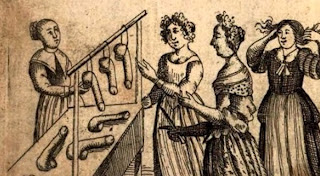 The rise in popular, accessible music was pioneered by John Walsh and his son, also John, from their shop the Harp and Hoboy in Catherine Street off Drury Lane. There, they held the monopoly on producing Handel’s work. Walsh started publishing in 1695 and was soon innovating: using cheap and quick-to-work pewter instead of copper and punches for notes to speed things up.  He had instant success, but his real opportunity presented itself when Handel appeared on the scene. Handel came to London in 1711 with the ink still wet on his opera Rinaldo, which he had been engaged to write for performance in the 1710-11 season at the Queen’s Theatre, Haymarket.  Aaron Hill, the manager, had decided upon an ‘Italian’ season, and Handel was the man to deliver, his reputation already known in the city. Opera was relatively new to London’s sophisticated set and attempts to establish an English style were damp squibs in the main. Rinaldo - a consciously Italianate opera written by a German - was an instant hit. The quick, cheap production of Handel’s music was key to his success. Hear it at a recital or on the stage, go to the Walsh’s shop, buy the sheet music for your instrument and go home and play Handel’s music. 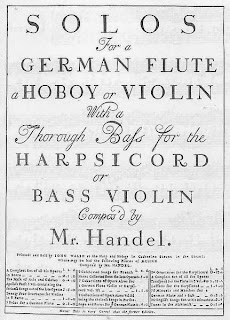 But paper wasn’t only used for commerce and entertainment. It was also used for education and huge advances in medicine and science were recorded in ambitious manuals and treatises which went on to save thousands, if not millions of lives after their publication. The most important of these was arguably the collaboration of man-midwife William Smellie, surgeon William Hunter and artist Jan Van Rymsdyk. It resulted in two defining works: Smellie’s A sett of anatomical tables, with explanations, and an abridgement, of the practice of midwifery of 1754, and William Hunter’s Anatomy of the Human Gravid Uterus, Exhibited in Figures twenty years later. These books are still regarded as the moment modern obstetrics was born. No lecture on paper, print and the Georgians would be complete without the Romantic poets, and we ended with Keats, Shelley and Byron. Keats was the only true Londoner, described by Byron as a ‘Cockney’ and a ‘dirty little blackguard’. Both Keats and Shelley had backgrounds in medicine. Shelley in particular was interested in Galvinism and the reanimation of the body. The lectures he attended on it coincided with the beginning of his love affair with Mary Godwin and she listened, rapt, as he talked about them afterwards. Later, Mary Shelley wrote Frankenstein, telling the story of a monster brought to life through reanimation and of a need for love that could not be conquered by death. I gave the last words to Samuel Taylor Coleridge, whose writings, both his poetry and private letters, gave his contemporaries a powerful insight into the dangers of addiction. He died in 1834, in the lull of the reign of William IV. The Georges had gone, and Victoria was still to arrive, but London had changed immeasurably. Coleridge wrote from a small room in his doctor’s house in Highgate, where he was treated for addiction. The view from the window was of the ‘ocean of London, with its domes and steeples definite in the sun, big Paul’s and the many memories attached to it hanging high over all...Nowhere, of its kind, could you see a grander prospect on a bright summer day.’

Goodness, what are those things hanging for sale in the drawing - would they be dildoes? :)

Fantastic historical research. Plus poetry! It's an all around win.

"Owing to the power of commerce, literacy was rising fast. Parents and orphanages found that their children were simply more employable if they could read and write."

A very useful insight - thank you!

Though contemporaries thought educating girls spoiled them, and made them fit only to become courtesans or worse. Is that better than the Victorians thinking education upset women's systems and made them into hysterics? Fascinating post. The exhibition is on my must-see list.

My ancestor, a Bow Street Peace Officer, no less, lived in Wych Street. Might have had his work cut out.