Here's one for our Cabinet of Curiosities. I would be very glad to know what this is. 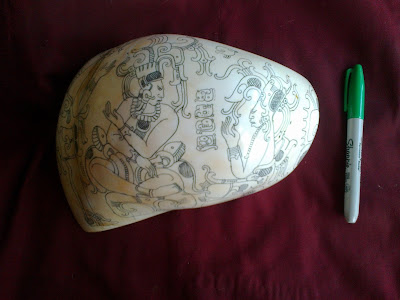 Well, in a sense I know what it is. It's part of a very large shell, engraved with Mayan figures and glyphs. I bought it about fifteen years ago in a junk shop in a town called Horseheads in upstate New York, for fifty dollars.  Before I bought it, I turned it over, half expecting to see a legend on the back reading 'A Present from Guatamala City'. But no: 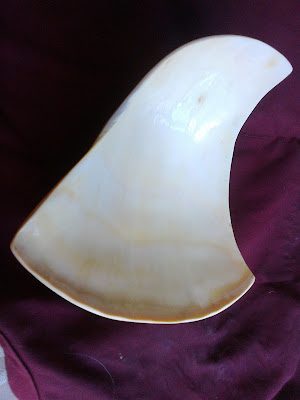 I asked the owners of the shop if they knew anything about it.  Was it old?  Or a modern souvenir? What did it mean?  They hadn't a clue. They'd shown it to someone at Cornell University who'd told them that the scene depicted on it is a trial.  But that was it.  That was all they knew.  I have to say that the characters look stern enough.  Is this the plaintiff? 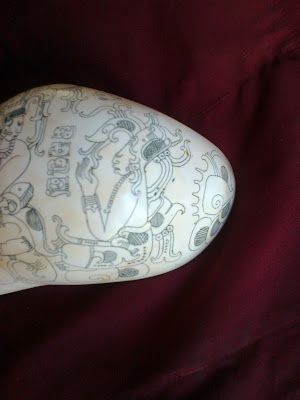 Is this the judge? 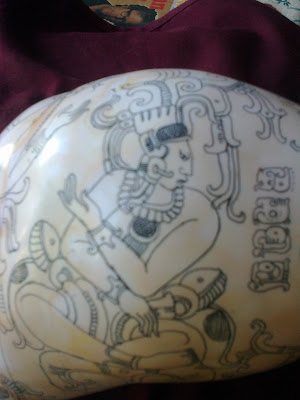 Is this tall resplendent person standing behind him, gesturing, arguing his case? 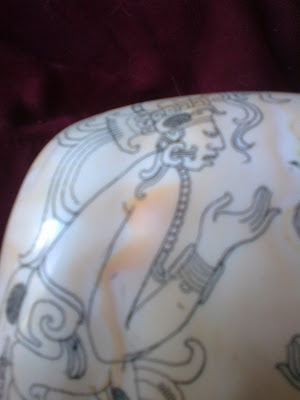 And why is there another shell depicted on this shell? 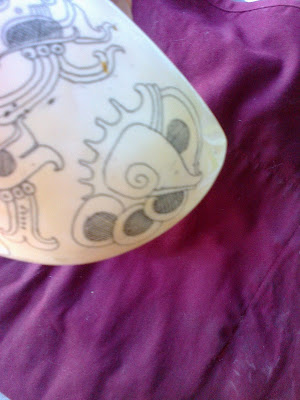 All I know for sure it that it's a beautiful object, the workmanship is wonderful, and I'm lucky to have it. But I'd love to know more. If there's anyone out there who can tell me anything about it - do get in touch! 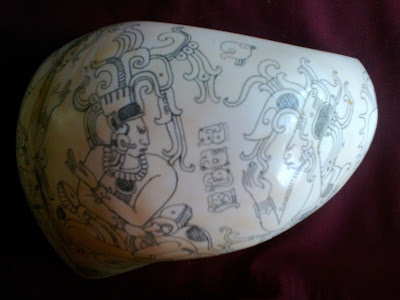 Posted by Katherine Langrish at 00:01

How very unusual! Hope you get to find out what it is all about.
Liz

I wanted to help out so I posted your query on the Reddit Historians forum. There are some interesting answers posted now. Hope it helps!

This is really fascinating and helpful. Thankyou! For it to have been genuine would have been a bit startling, so this is all great.

Please pass on my thanks to the site - I've tried to register and leave a message,but it won't let me. I shall only add, that even if it's a fake, I still love it! ;)