There have been some fantastic posts here, so thoughtful and entertaining and erudite. This will not be one of those. I am currently in Revolutionary France in my head and as with all writing sometimes it is the hardest thing and sometimes you have to stop yourself thinking too hard and give in to the impulse of the story and just let it carry you away and onwards and mop up the mess afterwards.

I use a lot of maps when I write historical novels, and there are some cracking maps of Paris before, during and afterwards, when road names changed to things like Rue de l'Hommes Arme, Rue du Contrat Social and Rue des Droits de l'Homme. 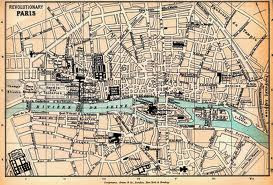 This one's from's 1792. I've used it extensively, imagining how you'd get around, gauging distances and doing a sort of analogue version of Google Streetview which involves dragging your brain down to street level and looking around.

But because of this I have rather let Christmas drift by. I was hoping I might squeeze in a very late present to myself which involved long walks round the city. But alas I've been writing and there are no decorations, the tree is still outside and the freezer is empty. I haven't even bought all my books.

So on that note I thought I'd recommend some disparate and diverting reading. Rush along to your local independent bookshop quick sharp.

Georgian London  Into the Streets  by Lucy Inglis.  I so wish this book had been published when I started writing historical novels. It would have saved me a lot of time. This is a wonderful book with so much useful and fascinating information, law and order, the stink of the tanneries, the bustle of Covent Garden and the mystery of Bow Wow Pie amongst many others. I knew nothing of Southwark's melon pits or Hackney's orange trees and there's loads of wonderful pictures and maps. It's a really useful guide for any reader who's interested in how the metropolis came of age. And I've just noticed it's been shortlisted for the Longman History Book of the Year. 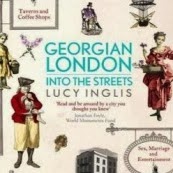 The Big Con by David W. Maurer. Jump forward a couple of hundred years and immerse yourself in the argot and culture of late nineteenth and early twentieth century America. This is a book written by a linguist about the world of Confidence Tricksters. The Sting - the film with Robert Redford and Paul Newman was made on the back of the information in this book. It's full of wonderful and specific criminal slang too, which is always a plus. 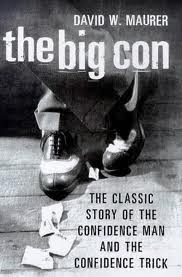 Hark! A Vagrant by Kate Beaton.  If you have never come across the drawings of Kate Beaton you are in for such a treat. She is a Canadian cartoonist who draws (not always) historical cartoon strips. My personal copy is adorned with a hand drawn sketch of Matthew Henson heading north. I wrote loads of sentences trying to explain them, but you're better off having a look yourself. But consequently I have not done any work at all this afternoon re reading them, and laughing. Here's the link  http://harkavagrant.com/

My book Sawbones is out now too http://www.booktrust.org.uk/books/view/33334

Posted by Catherine Johnson at 07:41