Occasionally we are lucky enough to meet someone who makes us feel we can touch events that happened before we were born. For me, my friend Eva Tucker was such a person. I first met her at a PEN summer party about ten years ago. We talked about Thomas Mann and Berlin and Robert Musil and she invited me to the launch of  Berlin Mosaic, her novel based on memories of her childhood. We chatted whenever we met at parties and I was fascinated by her tough, warm, mischievous personality and her wide range of interests.

A few years later she invited my husband, Gordon, and I to a New Year’s Day party at her flat in Belsize Park. We turned up at lunchtime and she opened the door to explain, with great embarrassment, that she had put the wrong time on the invitation she sent us and the party was actually that evening. We turned to leave but she insisted that we stay for a drink, which turned into a long conversation. After that I used to visit her for regular talks which ranged from our own novels to our children and religion and what we were reading. I asked her a lot of questions about her childhood and she always insisted that it was all a long time ago and that she was English now. The sequel to Berlin Mosaic, Becoming English, was published in 2009. Right until my last visit to her Eva read a great deal and was a stimulating, generous and hospitable companion. I always asked her not to feed me but she always summoned me to the table in the window of her beautiful room , which overlooked a luscious garden, for some cake or fruit or sandwiches she had prepared.

She was born Eva Steineke and spent her early childhood in Berlin, in a very interesting milieu; her father, Otto, was a Communist journalist and her mother, Margot, was a sophisticate with a busy social life who didn’t have a lot of time for her little daughter. Eva’s grandfather, Felix Opfer, was a distinguished physician who was stripped of his right to practise medicine because he was Jewish. After her parents divorced Eva spent a lot of time in her grandparents’ opulent apartment near Friedrichstrasse, until the Nazis confiscated it.

When Eva was nine she and Margot, sponsored by Quakers, were evacuated to Britain. She had to say goodbye to her beloved father, who was not Jewish and who felt he ought to stay and fight the Nazis, and her grandparents also remained in Germany. As she said goodbye to her grandfather he said, ‘Always remember, little girl, that you are German.’ She never saw them again; Otto died in a bombing raid in 1945 (killed by a British bomb), her grandmother died in Auschwitz and her grandfather died in Theresienstadt. When she was in her eighties Eva told me that she adored her father and had always wished that he had accompanied her to England, instead of her mother. Margot had to work as a maid and in a munitions factory, which must have been humiliating for a woman who had once lived in great style. Eva went to a Quaker boarding school and adapted fast to her adopted country. She had a difficult and complex relationship with Margot, who was less flexible than her clever little daughter. In Becoming English there is the following exchange between Ruth(Margot) and Laura (Eva):


... so, when, just before the beginning of the summer term, Ruth reappears, Laura is not pleased.

“You come viz me to London now, you come vair you belong viz your mother!”

“But I’m going to boarding school!” Laura bursts into tears.

In her late teens Eva moved in London literary circles and in 1950 she married the philosopher John Tucker. In the 1960s John Calder published her first two novels, Contact and Drowning, which were well reviewed. Later, her husband taught abroad, in Canada and Nigeria, and Eva chose to stay in London to bring up their three daughters. She loved argument and discussion and was an active member of PEN and the North London Interfaith Group. A Quaker, Eva believed passionately in liberal values and in the importance of mutual tolerance between people of different religions. After the fall of the Berlin wall she returned to the city where she had spent her first nine years but barely recognised it, although she made friends there as she did everywhere. One of her most memorable sayings was: “life intervenes,” said with a wise and melancholy smile. Certainly, some of the interventions in Eva’s life were cruel but she confronted them with courage and dignity. I wish I had met her sooner and asked even more questions.


At her memorial service on January 23rd at the Quaker Meeting House in Hampstead her three daughters, who Eva was so proud of, spoke movingly about their mother. Eva had a great gift for friendship and the lively party later at Burgh House was the right way to celebrate her life. 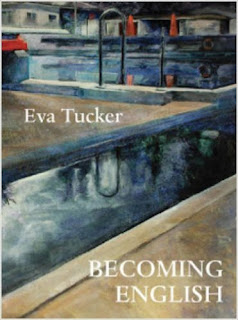 I thought Eva's two memoirs were intensely valuable and also fascinating. I really valued their unsparing honesty. It was sad to read about the prejudice against her in England, but I also adored the humour; particularly the way she rendered her mother's German-accented voice. I could just hear her saying 'darlink.' I met Eva once, and wish I could have got to know her better. Of course she did become English, but all the different people who have become English have contributed, in their own ways, to what Englishness is. It being an evolving quality, in spite of the vapourings of UKIP and worse. Fascinating blog, Miranda.

Thanks, Leslie. I don't know anyone, including me, who is entirely 'English' and I know how much your German background has enriched you.