Today my desk and room are covered in papers, print-outs and receipts, various. As I’m sure you have guessed, I am in the middle – or maybe almost at the end – of preparing my tax returns. So the post is a slightly indulgent celebration of three joys, three things that have interest me, and each with its own historical echo.

The first was an item I hear on BBC news, quite early in the morning. Ever since writing my junior novel, “A Boy Called Mouse,” I have been fascinated by theatrical effects and currently – for the work in progress -  am pursuing magical illusions.
So I was delighted to hear that when people went to investigate the uppermost floors of the Bristol Theatre, something unusually interesting was discovered among the accumulated theatrical debris. They discovered an old original thunderball run: not a lottery aid but a device that allowed heavy cannon-balls to be rolled along hollow, echoing guttering. Below, down on stage and in the auditorium, the clamour of the rolling balls created a believable thunder-storm effect. This Bristol machine seems to be a superior design, created almost like a musical instrument. Carefully “played”, the rolling balls could move from a gentle rumbling through to a powerful crescendo, so much so that the wooden theatre building itself seemed to shake with the might of the storm overhead. The intention is, if trials at the Bristol Theatre go well, to use this marvellous thunder-ball device during a future production of King Lear. (Do look at the BBC interview here.) 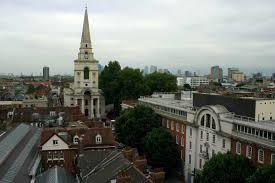 The second item I want to share is something that happens around midday every day. An email drops in to my box, often just at the time when I need a glimpse of something else my emailed version of “Spitalfields Life”. I was born on the edge of London and have always felt emotionally involved with its history, even if I live much further up country now.
Daily, in this blog, nominally from The Gentle Author, come small histories, remarkable people, sets of engravings, photographs from the life of East London as well as news of campaigns and dastardly planning battles. I have never yet spotted a promotional link on “Spitalfields Life”, but if you have never yet visited, do go there. There's even a Blogging Course on offer. The Gentle Author blog is a pleasure and it brings, despite the days news, a sense of history, inclusion and witness in an often confusing world. 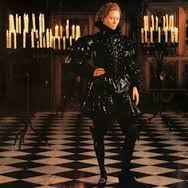 The third item is a strange sort of delight, a pretence and a falsehood in its way, yet one that reminds me of Woolf’s Orlando striding the chilly corridors of Knole,

For Christmas, I was given a large fur bedspread or throw, entirely fake but beautiful in its own way. I have found myself lying under it and thinking of moments in ancient stories and legends, and of the rich ones who would have lain under fur covers in the draughty houses of the past, even more so tonight when snow has settled outside. 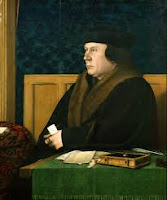 My imagination brings me thoughts of the Tudors nobility, layers of fur edging their robes and sleeves, of aristocratic nuns and clergymen whose habits were lined with fur, or of the heavy pelts hanging on the shoulders of authority.

A silly foolishness and a vanity but I am sure that when I’m trapped yet again by the wakefulness of the old “two sleeps” pattern, my fur coverlet will warm my reading through the early hours.
Of course, there are other things I could offer, some more sternly historical, some even sillier, but for now indulge me. There is a lot of paperwork to be got through tomorrow – and what, I wonder, are your own, small historical joys?

Ps. I thought this Journal Lists project, as explained by William Bowers on Open Book sounded an interesting idea too although I can't start subscribing or peering into it until next week. Journal Lists email you letters and journal entries (you select the writers) on the day they were written or appeared in The Spectator, for example, in rather than collected into a solidly worthy bound volume. Took me ages to search for it, as there is a journalist called Byron as well as the Lord Byron of the letters in the Journal Lists: http://journallists.org/

A lovely post on a cold winter morning - thanks for this, Penny!

It is lovely to hear of your pleasures, Penny. I so want to be in the audience of the Bristol King Lear when that thunderball machine starts rolling.

Little writerly pleasures: putting a new cartridge into my fountain pen; seeing how many keys on my keyboard have been worn away by industrious typing; having a poet friend post me a piece of work in a decorated envelope ...

These small things do help to bring delight to a day, Michelle. I am a great fan of green ink for my pen, and from a bottle as I have not found good green cartridges yet. Those keys of yours must surely be very well-worn by now, but hope they bring you good things for 2016.

Expect you are colder than we are here, Joan. A lot of the snow melted thsi afternoon, but now the chill is back again. Brr!

Lovely post Penny - only just got round to reading thank you! x