The Right to Write by Elizabeth Laird

There's been a lot of chatter lately about "cultural appropriation". The term doesn't refer to the natural take-up of one group's culture by others who live in proximity, when such markers as cuisine, art, music, language, costume and so on begin to be exchanged. It describes what happens when members of a powerful group exploit the culture of less dominant groups, without any true understanding of their history, traditions or even religious symbols. In the USA in the 1950s, for example, record companies hired white musicians to copy the rhythm and style of black musicians, who were never credited with (or paid for) the music they had pioneered.

Thinking about this matter always makes me a little anxious. I have written about cultures other than my own for years. I've written in the voice of a Kurdish refugee girl living in Saddam Hussein's Iraq, a street boy in Addis Ababa, a young Pakistani camel jockey, a Palestinian boy living under occupation and a child enduring the civil war in Beirut. I have to say that I've always researched my characters carefully, drawing on my own memories of living in those countries, and interviewing people whose experiences match my characters'. Some day, though, I know there'll be a tap on my shoulder, and a voice will say, "Who do you think you are? What you've written is patronising/demeaning/exploitative/
insulting." (Insert your own choice of adjective).

If that happens I shall stand my ground. Writers write the stories that enter their heads, the stories that demand to be told. Readers choose whether or not to read them. And everyone has the right to reply, to object or to correct.

When it comes to writing historical fiction, we're faced with a double dilemma. We must not only create characters that are true to the cultures in which we set them, we must also make sure that they inhabit the often vastly different mental and emotional world of the past.


My greatest challenge was during the writing of Crusade. My twelfth century characters included the dog boy of an English baron, a Saracen boy apprenticed to a  Jewish doctor from Baghdad, the doctor himself, a Mameluk knight, and a whole cast of knights, squires, servants, kings and lords, both English and Saracen. 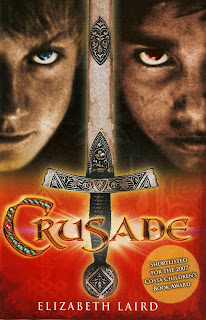 More recently, in The Prince Who Walked With Lions, I dared to speak in the voice of Alemayehu, the (real) Abyssinian prince whose father was defeated by the British and who became the ward of Queen Victoria. There were, fortunately, several accounts of his short life by people who had known and loved him. I could draw heavily on these. 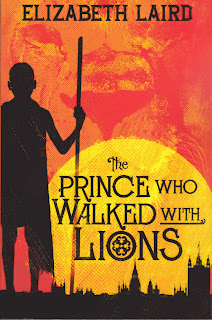 My latest short novel (for younger readers) was an easier proposition. Its title is Dindy and the Elephant. The story is set in a tea garden in Kerala at the moment in 1947 when the Raj is coming to an end and the British are about the leave, The main character, Dindy is a British child who, with her family, is about to return to England. One day she daringly encourages her little brother to step outside the protective wall surrounding the garden of the bungalow in which she's always lived, and venture out  to explore the tea plantation beyond. In the course of the next few hours, Dindy learns that the India she thought she knew is a different place altogether, and that her mother's racist and arrogant attitudes towards her servants and the plantation workers are mistaken. 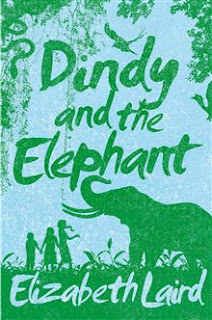 It was not difficult to put myself in Dindy's shoes. My great-great-grandfather grew tea in Assam. He was a dashing and romantic figure to me once, though now that I know more about conditions for the tea pickers in the nineteenth century his gloss has rather faded. The deed of sale of his estate mentioned four elephants, a fact which had always fascinated me. To research the book, I went to stay in a bungalow in a tea garden in Kerala. With its chintzy rooms, deep verandas, rose gardens and views over hillsides clad in brilliant green tea bushes, it seemed unchanged since the days of the Raj. Dindy herself wasn't hard to bring to life. I can dimly remember the world in 1947 myself.


So here's my conclusion. We writers have a duty to do our research with the greatest care when we create characters from cultural backgrounds not our own. We should not misrepresent, belittle, or repeat ignorant misconceptions which feed hostility or prejudice. However, we have the right to invent the characters we choose, to speak with their voices and walk in their shoes. After all, if that's not the case, we would be forced to write only about ourselves.

Celia Rees will be back next month
Posted by Elizabeth Laird at 00:01

Thanks for posting this, Elizabeth - you're making good points here!

We can only peer through a glass of our own society and our own knowledge at another point of view, I love historical fiction but failed my own history at school as I totally didn't understand the american history of only 100 or so years ago. Why would they accept that, why would that be right? I am reading The Bolter by Frances Osbourne and while I am fascinated by the times I cant understand how they did what they did, but getting a chance to question helps.
A writer can only do their best, be that research and/or point of view. I am in Awe of those who can make things come to life and make them relevant to us modern folk.
Thank you.

Completely agree, Elizabeth. This 'you must not appropriate other cultures' always seems, to me, to be about erecting barriers to understanding rather than demolishing them.

No, we can never completely appreciate another's point of view, even if they live in the same culture - I find it hard to understand men who choose to beat their wives and children, or who choose to dig up badgers and set dogs on them. But does that mean we shouldn't try?

I imagine that the child pretending to be a Native American in your picture will, as an adult, have - at the least - slightly more sympathy with modern Native Americans than a child who has never heard of them, or has been told 'you mustn't read about them or play at being one of them because you can never truly understand them.'

Yes, I completely agree. Thank you for this wonderfully sane account of the process of writing about or through the eyes of a character from another cultural background, and why it's so important that writers don't shy away from doing this. I've been worrying about this a lot recently - and although I can't, sadly, go to the tiny Polynesian island that one of the main characters of the book I'm currently writing comes from, I can - and am - doing my research with the greatest care and responsibility. Still finding it slightly terrifying...

Thank you so much for posting this. Great points and I am glad this worries other writers, and probably actors too, as much as it does me.

I think that if the writers and actors have researched those cultures and characters, and tried to get inside them, however imperfectly, they can not only give a voice to the voiceless ones of history, but they can sensitively bridge the gap between the character's culture and that of the reader, because they understand what will be startling and alien to reader.

I think authors shouldn't feel guilty; but perhaps if an editor chooses a novel written by 'one of us' in preference to a novel written by someone who has experienced that place/situation, then that is sad, because it demonstrates a lack of openness. However, what about the editor who turns down an Asian woman's novel (for example) because it doesn't contain what she considers to be 'appropriate subject matter for an Asian woman'? It cuts both ways. And Liz, I thought your 'A Little Piece of Ground' was absolutely wonderful, because it really made me think what it was like to be shut up in Ramallah, and how incredibly hard it was for a teenage boy, with their insistent energy, to be stuck inside the house. It fed my understanding of what it would be like for my Jewish hidden boy in Saving Rafael. At the same time as I was reading it, I think, there was a row because a British life peer had dared to say that she could see, having visited Palestine, how kids could be drawn into terrorism. This was seen as 'justifying terrorism,' whereas of course she was understanding its roots, something many of us could try and do more about. Your book did that for me.

Making a fuss about writers who write 'outside their culture' is really a kind of 'liberal fascism'. It's complete and utter (excuse me) bollocks. My school orchestra was constantly making us appropriate the cultural contributions of others. It was called 'learning a piece'.
It's ridiculous to say that white people can't play the blues. Because the logical next step is to say that black people can't play Beethoven.
I have zero patience with that attitude. Well said, but I'd dismiss it more emphatically.

Fascinating post. Last year I bought a native American feather head-dress and wore it proudly at a festival. I innocently thought I was celebrating a different culture.Then I read that this was an insult to native American chiefs, just as blacking-up for the Black and White Minstrel Show is now considered an insult. Times change, and we must move with them.
But I am sure your writing brings us nearer to the truth than not writing at all.