Was Madeleine Smith guilty as charged? - by Ann Swinfen

In 1857 the trial took place in Edinburgh of Madeleine Smith, the daughter of an eminent architect, charged with the murder of her lover, Emile L’Angelier, by the administration of arsenic.  Famously, the case against her was found ‘not proven’ 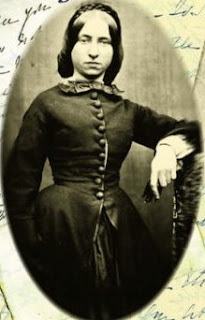 The trial excited huge popular interest at the time and subsequently.  Countless books, articles, novels, plays, television programmes, and at least one film have been written and produced to tell Madeleine’s story anew for a contemporary audience. Typically these have focused on a single question – despite the finding of the court, was Madeleine in fact guilty? Or to express the question slightly differently – why did the prosecution fail to secure a guilty verdict?

The bare bones of the story are familiar enough.  Madeleine lived with her parents and siblings in in . Her father was very successful and the family very well to do. In addition to their house, they owned a house in Row called Rowelyn, designed by Mr Smith himself, to which the family repaired each summer.  They were eminently respectable. During the week the Smiths were accustomed to hold dinner parties for their friends and business associates.  On Sundays they attended the United Presbyterian Church without fail, followed by family prayers at . The eldest daughter, Madeleine, was being courted by a neighbour, William Minnoch, himself a prosperous businessman, with an income of around £4000 a year.
But there was a problem.  Unbeknownst to the rest of the family, Madeleine had been having an affair with a man she had met by chance in Glasgow – this was one Emile L’Angelier, formerly from the Channel Islands, who despite being handsome and smartly turned out, was employed locally as a seedsman’s packer, at an annual salary of a mere £50.  Now formally engaged to William Minnoch, Madeleine was determined to break with L’Angelier, and asked him to return her letters.  He refused. On two occasions after that, L’Angelier was taken seriously ill.  On a third occasion he died, and the post mortem showed that he had suffered from arsenical poisoning. Madeleine was arrested, charged with his murder, and taken to to stand trial.

Prosecuting counsel, as was usual in such high profile cases, was the then Lord Advocate for Scotland, James Wellwood Moncreiff, while his opponent as defence counsel was Moncreiff’s lifelong friend, John Inglis. It is fair to say that as counsel for the prosecution Moncreiff laboured under a number of disadvantages.  The first was a general disinclination, which he may well have shared, to hang an attractive and well bred young lady for the murder of a worthless upstart. In the words of John Inglis’ biographer: ‘The pale but fresh young face, set in the curtained bonnet of the day, the graceful figure, its lines traceable through the lace of a black mantilla, the lustrous eyes and the full quivering lips as she sat in the seat whence so many have gone to the scaffold, caused even strong men to quail at the mere apprehension of her doom. Guilty or innocent, she made them think, not of the crime, or the possibility that her hand poisoned the fatal cup, but of their own sisters and daughters. To hang her was impossible!’
Moncreiff’s own sympathy with the accused came out in his final address to the jury, when he declared: ‘Gentlemen, I could have rejoiced if the result of the enquiry which it is our duty to make, and of the laborious collection of every element of proof which we could find, would have justified us on behalf of the Crown in resting content with the investigation of the facts, and withdrawing our charge against the prisoner.’

At the same time he was repelled by the clear evidence in Madeleine’s letters to her lover that they had engaged in illicit sexual intercourse.  Of the letters Moncreiff declared that ‘the language in which they are couched – the matters to which they refer – show so entire an overthrow of the moral sense – the sense of moral delicacy and decency – as to create a picture which I do not know ever had its parallel in a case of this sort.’  Both Moncreiff, and to a much greater extent Inglis, concluded that she could only have learned such behaviour from the victim himself – the miserable L’Angelier.
Perhaps for that reason, or perhaps, as other commentators have concluded, because of the traditions of his office, Moncreiff’s prosecution of Madeleine was notable for its moderation and restraint. That does not mean that his approach to his task was anything less than professional, and he sought to satisfy the jury on three key issues – did the accused have a motive for murder, did she have the means to carry it out, and did she have the opportunity to do so?

The obvious motive for the crime must have been that if Minnoch ever came to learn of the contents of her letters to her lover, he would certainly have withdrawn from the engagement. But there was an even stronger motive, which might not occur to a modern audience.  In her letters, she had frequently addressed L’Angelier as her ‘husband’. As a legal historian has pointed out recently, the use of the term coupled with the admitted sexual intercourse, would in the law of Scotland obtaining at the time, have been regarded as an ‘irregular’  but still valid form of marriage.  For her then to marry Minnoch would have amounted to bigamy, with all that that entailed. 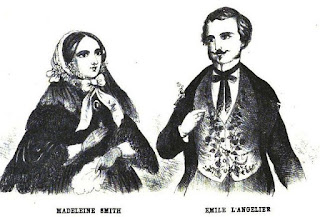 Did she have the means?  But yes – she had freely admitted to making several purchases of arsenic for alleged cosmetic purposes, on the advice, she claimed, of a friend.  The friend, however, denied that she had ever offered such advice.

And finally – did she have the opportunity?  It was on this last point that the outcome of the trial really hinged.  It could be shown that on the first two occasions on which L’Angelier complained of severe illness, the two of them had certainly been together. What the prosecution was unable to do, however, was to prove that they had been together on the third and fatal night. Inglis in defence was able to make much capital from this failure.

‘Now, gentlemen,’ he told the jury, ‘from to of the clock – at least five hours – he [L’Angelier] is absolutely lost sight of, and I was startled by the boldness of the manner in which my learned friend the Lord Advocate met this difficulty. He says it is no doubt a matter of conjecture and inference that in the interval he was in the presence of the prisoner. Good heavens! Inference and conjecture! A matter of inference and conjecture whether on the night he was poisoned he was in the presence of the person who is charged with his murder! I never heard such an expression from the mouth of a Crown prosecutor before!’

And so the case, from the prosecution’s point of view, was lost.  That there were lingering doubts in the minds of the jury was reflected in the verdict.  Not a verdict of ‘Not guilty’, but ‘Not proven’.  It is not unreasonable to suppose that if Moncreiff had been able to prove that Madeleine and L’Angelier had indeed been seen together on the night in question, then a verdict of ‘Guilty’ could hardly have been avoided.

There is a postscript - never previously published.  According to members of the Moncreiff family, after the trial was over James Moncreiff invited both the trial judge, Lord Hope, and defence counsel Inglis to dinner at the family home in .

After the dinner was over, a servant entered and told the diners that there was a man at the door who wished to speak to them urgently. The man, it turned out, was a sailor only recently returned from a long voyage.  He had read in the papers about the trial, and had some important information. According to him, before he left to go abroad he happened to see Madeleine Smith on the night L’Angelier was poisoned emerging from the basement at in the company of a young man answering to the description of the unfortunate victim. He recognised Madeleine, who had been at primary school with him. What should he do? The three eminent lawyers conferred together. Then they each dug into their pockets and pulled out all their ready cash, amounting to exactly twenty guineas.  ‘Take that,’ they told the sailor, ‘and say no more about it.’

Read more about this case and others in David Swinfen's biography of Lord Moncreiff: 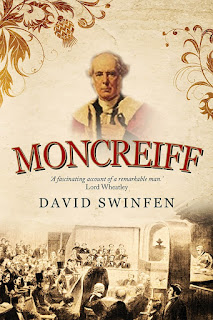 I hadn't heard about this before. It's a difficult one, isn't it? Obviously she was guilty - but should she have hung? Hm... I could never be a judge!

Yes, personally I think she was guilty, particularly in the light of the new evidence from the Moncreiff family. But I agree - I would hate to be a judge, or even sit on a jury.

I am completely opposed to the death penalty, but poor Mr L'Angelier - did the judge and jury not also think of their own brothers and sons? Perhaps a judge might not manage to class leap, but what class were the jury? It seems that for a while Smith and L'Angelier were happy lovers, and even a (possible) blackmailer, did not deserve this end. Did she ever become Mrs Minnock? Great story, thank you, and the whole buying arsenic for your make-up is wonderful!

No doubt they believed L'Angelier was a "bounder" in the parlance of the time, for seducing this sweet young thing!! I'm not sure how happy the relationship was. She certainly wanted to end it when a better offer came along. She was clearly a consummate actress, though the jury wasn't entirely taken in, or they would have found her Not Guilty. No, she didn't marry Minnock. I expect he felt he had a lucky escape. She did later marry, though it wasn't a success. She lived into her 90s. In fact arsenic was used as a cosmetic, as was white lead (at any rate in Tudor times). The things women have endured as cosmetics!

I'm opposed to the death penalty, too, but Mr L'Anglier does seem to have got a rough deal.
I belive that she did later marry, but not Mr Minnock. I think she may have been married more than once, but I'm not sure what became of her husbands!

Ha! New evidence? I think the sailor knew he'd get money for this eyewitness story. Twenty guineas was about a year's middle class salary. Other evidence seems to point to her lover trying to frame her for murder. No matter what, legally there was no case for conviction.

The victim did not have color from the arsenic in his system. That alone made me believe that she was innocent. Why would she murder him if he still had her letters in his possession. I say she was innocent.