Looking for Margaret - a very modern Medieval by Catherine Hokin

Our guest for January is Catherine Hokin, who talks here about the subject of her first historical novel. 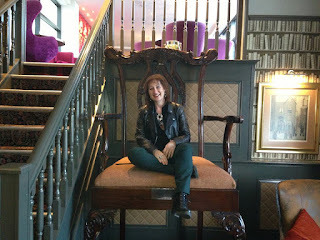 She says of hereself:


Catherine is a Glasgow-based author with a degree in History from Manchester University. She started writing seriously about 3 years ago, researching and writing her 2016 debut novel, Blood and Roses, published by Yolk Publishing. The novel tells the story of Margaret of Anjou and her pivotal role in the Wars of the Roses, exploring the relationship between Margaret and her son and her part in shaping the course of the bloody political rivalry of the fifteenth century. Catherine also writes short stories - she was recently 3rd prize winner in the 2015 West Sussex Writers Short Story Competition and a finalist in the Scottish Arts Club 2015 Short Story Competition and has her latest story published in the January iScot magazine. She regularly blogs as Heroine Chic, casting a historical, and often hysterical, eye over women in history, popular culture and life in general.

What is history if not stories? And what are stories if not people?

Fashions, customs, morals may shift and change but we share far more that is similar with the people of the past than the centuries that divide us might suggest. War, disease, loss, political decisions that sweep people into conflicts not of their making are as familiar to us as our fifteenth century counterparts. The mechanisms available for response change, as do the social attitudes surrounding our lives, but the challenges are often all too recogniseable. For me the study of history helps us to see what is eternal; it is fiction, with its re-imagining of events, that then allows writers to create a bridge to new perspectives and voices. This is particularly important when shining the spotlight on women whose characters and opinions go often unheard or mis-represented.

This is what led me to Margaret of Anjou as the protagonist of my debut novel Blood and Roses. An intriguing, powerful woman too often filtered down to us through hostile voices or melodramatic portrayals courtesy of Shakespeare. She is being re-evaluated to an extent but she is still rarely, roundly centre-stage.

I first met Margaret when I was twelve. My father ran a war gaming club (in the non-virtual days when this involved a sand table) and all the members were obsessed with the Wars of the Roses. They also shared a loathing for Margaret of Anjou which fascinated me – how could a woman who lived 500 years ago still rile men so much? Then I encountered the Shakespeare depiction and it was clear that something was more than rotten with the state of his Margaret.

Shakespeare’s Queen, “a foul wrinkled witch’ and a ‘hateful with’red hag,” is evil and twisted almost to the point of parody: wandering round Court clutching the severed head of her supposed lover the Duke of Suffolk; rubbing a cloth soaked in his son’s blood all over the Duke of York’s face before placing a paper crown on his head and stabbing him; prophesying evil falling on the House of York like a medieval Cassandra.


As a character portrayal it is over-wrought at best; as an historical source it is deeply suspect, as we would expect given that the plays were written as pieces of political propaganda. But the myths about the evil ‘she-wolf’ persist and Shakespeare’s portrayal is still too often the shorthand for this multi-layered woman.

The real Margaret was described by a contemporary as “great and strong-laboured.” Born in Anjou in 1430 she became, through her marriage to Henry VI, a Queen Consort and this title is crucial to understanding the shortcomings of her position. Her role, as Lisa Hilton’s excellent Queens Consort: England’s Medieval Queens ably explains, was essentially that of an intercessor and a peacemaker, a conduit to the King but one expected to flatter from the shadows and not exert a personal political will. A difficult mantle for many to assume but particularly burdensome when the King was weak, ill and ineffectual and the English Crown was held hostage to the dynastic conflicts modern readers know as the Wars of the Roses.

Margaret’s crime? She was politically astute; she was well-educated, by very strong female role models in a Europe with different attitudes to women and power; she was perfectly able to rule in an England that would not countenance her doing so and was unable to accept that reality. Her punishment? To be made the scapegoat for her husband’s failings, a not uncommon process of female vilification in the medieval period as Diana E.S Dunn discusses in War and Society in Medieval Britain.


So who was Margaret of Anjou? Not a crone, a murderess or a woman so foolish that she would take a cast of lovers including the Duke of Suffolk who was 34 years her senior (only a man could have written that) but a strong, deeply intelligent women driven by ambition and perfectly capable of manipulating circumstances to her own advantage. She was also a mother and that is key to any revision of her: not a mother involved in some dark incestuous bond with a son tied too close to her apron-strings but a strong woman attempting to raise a strong man she knows has to find his own path and break from her. Not an easy task, by no reasonable judgement an incestuous one.


I called Margaret a modern medieval. Clearly she lived in a world where attitudes to marriage and the role of women were different to the way we live now, at least in more enlightened parts of the world, but I sense in her a temperament that crosses the centuries. A fascinating, flawed, complex and infuriating woman constantly challenging the place society assigned her while staying true to her own ideals. Women like Margaret are everywhere today – from Hilary Rodham Clinton and Nicola Sturgeon in politics, through Katherine Viner taking the helm at The Guardian to the stereotype-breaking female protagonists offered as the new-normal on film and tv (Alicia Florrick in The Good Wife, House of Cards' Claire Underwood and the new Marvel ‘superhero’ Jessica Jones to cite just a few). Women celebrated for their strengths, refusing to bow to their detractors – I think Margaret would have approved. 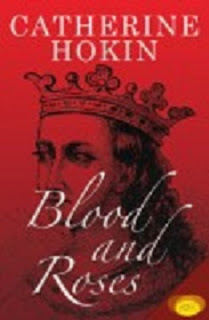