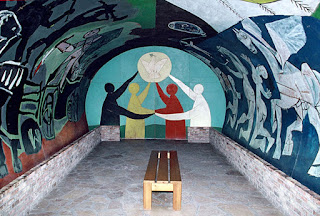 Forgive the brevity of this post. I am up against several deadlines at present and I am very short of time. Again!

In these wintery days, there is little that can be more heartening than admiring some of the art that came out of this corner of the Côte d'Azur throughout the twentieth century. Warm vibrant colours and exceptional landscapes. This post is really an excuse to share with you some of my favourites and some that are new to me. A breath of beauty to brighten up these days. 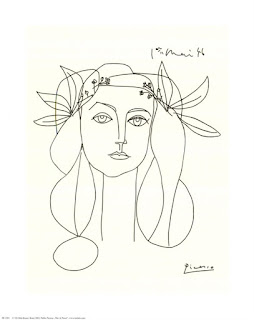 There are many fine galleries down here along French Riviera celebrating the work of so many great artists who made this part of their world their home. Bonnard spent his life in the village of Le Cannet where I buy my morning baguettes, just a half a kilometre from our farm. A new Bonnard museum has recently been opened there and, although small, is well worth a visit. There are several exhibitions offered every year. It also offers fabulous views down across the red-tiled rooftops to the sea. Picasso lived with his last wife, Jacqueline, less than a kilometre to the rear of us. Occasionally, I turn a corner and there I am in front of the inspiration for someone's masterpiece.
Renoir, for example, and his olive trees in Cagnes-sur-Mer. His home has also been transformed into a fascinating museum dedicated to his life and work. 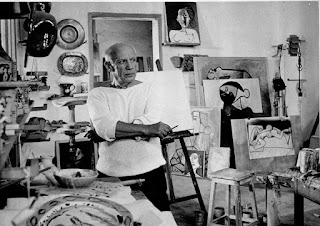 Picasso in his studio in Vallauris

I was reminded of all of this by chance this week when I was contacted by a television company who are making a mini-series about Pablo Picasso. The episode they wanted to discuss with me concentrates on Pablo's ceramic work in Vallauris.

In 1946, Picasso went to Vallauris to visit the annual pottery exhibition. This small hillside town has been known for its pottery since ancient times. Back in the day it produced wonderful examples of amphorae used to transport wine and olive oil, but it really came into its own as a pottery centre during the 19th century. A century later, Picasso's arrival on the scene brought another injection of life and a new direction for this local industry. 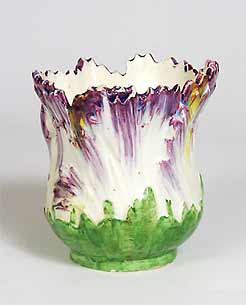 Glazed vase. Art Nouveau period. Potter: Delphin Massier. One of three brothers all working in their father's family pottery business in Vallauris. This example was fifty years before the arrival of Picasso.

During his 1946 visit, Picasso met Suzanne and Georges Ramie who owned the Madoura workshop and were to change his life. He was keen to try new forms of art. The couple offered him space in their studio. He returned the following year to their workshop and began to experiment with ceramics for the first time. 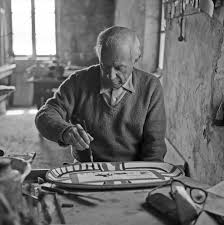 The rest is history. The town was revitalised. Artists came from all over to experiment with paint on cooked clay and give new forms to pots and cooking utensils.  So taken was Picasso with this work that he bought himself a property in Vallauris, Les Fournas, an ancient perfumery. This he converted to create for himself a large studio. 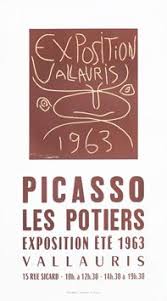 His Vallauris period was between 1948 to 1955 even though he continued to experiment with ceramic and linocuts for the next twenty years and returned to the town regularly. He even married his last wife, Jacqueline, in secret in the town hall there. I believe Jacqueline was a young cousin of Suzanne Ramie. 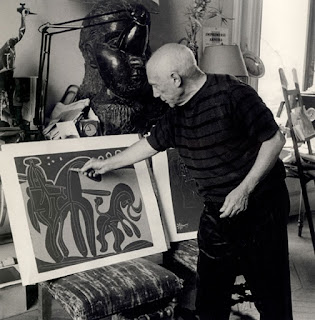 Picasso working with linocuts in his Vallauris studio.

Here are a few examples of the groundbreaking pottery work Picasso produced over a period of forty years. I hope they will bring joy and sunshine to your day.

Next month I will be again talking about The LOST GIRL as the paperwork is to be published on 8th March. 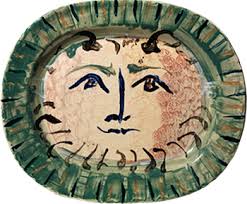 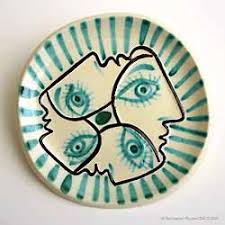 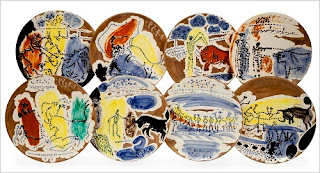 This is a series of eight plates, La Corrida 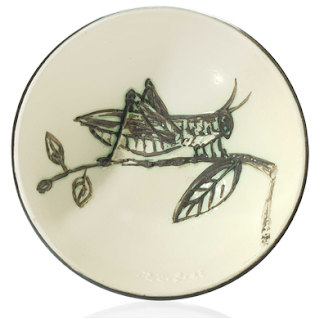 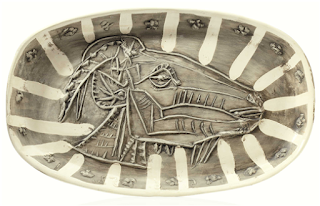 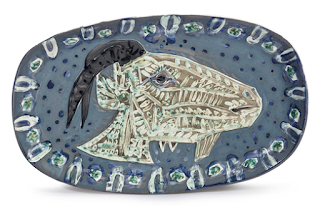 Love these images - you live in an amazing area!

This is great to read...Thank you for reminding me that we must visit Vallauris! I love the Bonnard museum...it is well worth a visit! A lovely piece to read & brighten up our winter days!

Fascinating post! It makes me want to jump on a plane and visit the Cote d’Azur once again. An art trail would be fun!

This really is excellent to see... Thanks with regard to reminding me personally that people should go to Vallauris! I really like the actual Bonnard art gallery. it's really worth a call! An attractive item to see earthenware & brighten the winter season times!