One of the things that always struck me as especially unfamiliar in historical fiction, that is to say Georgian and Regency historical fiction, was reading of a gentleman's 'freshly ironed shoelaces'. It also struck me as rather odd. In modern days, I've never seen a shoelace that would benefit from ironing.
I've always assumed that the laces must have been wider than now, and must therefore have become creased. I still haven't found a definitive answer to this and have no mental image. But the topic occurred me again when I was watching episode two of The Crown a couple of days ago. (Yes, I realise that I am late to this - no doubt all you history buffs saw it ages ago!)  There is a scene where the young, newly-bereaved Queen Elizabeth is dressed in mourning on the plane and just for a moment, the camera pans down to her shoes, which are laced with black ribbons.

Well, ribbons make sense. They would probably need ironing to stay looking nice. And in fact, a quick google shows that ribbons are still occasionally used for lacing shoes today. Something I (as someone entirely lacking in fashion sense) had no idea of.

However the shoelaces were made, it would have been the valet's job, poor soul, to iron them, along with his master's neckcloths and shirts. I seem to remember it was the dandies who required their shoelaces to be ironed in Georgian times, but I may be wrong.

Another fascinating fact that came up when I started to search ironing shoelaces on the internet is that apparently Prince Charles still requires his shoelaces to be ironed every time he has worn them. Very strange indeed, as I doubt he wears ribbon-laces. As he is probably one of the last men in England to have a valet (he has three) he can still demand such customs are observed. For those of us who have to do our own laundry and ironing, this is probably not something anyone today choses to spend their own time on. Hands up, anyone?

One final fun fact on the topic of ironing shoelaces - apparently in the 1920s, it was a euphemism for going to the bathroom in American English. A bit like going to see a man about a dog in the UK. 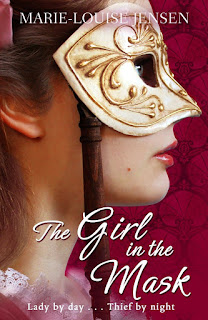 Email ThisBlogThis!Share to TwitterShare to FacebookShare to Pinterest
Labels: dandy, Georgians, Marie-Louise Jensen, shoelaces, The Girl in the Mask

A bit like powdering your nose? :-) This is new to me, thanks for sharing!

It makes me want to find some fancy shoes or boots and add ribbons.

I'm afraid I'm going to date myself but, back in the 1950s, we used to iron our sneaker shoelaces. They were flat and about 1/4 inch wide. Had a tendency to fold in on themselves after a lot of use. They also got rather dingy despite washing so we painted them with white shoe polish (another relic of the past!) That was accomplished by unlacing the laces and laying them out on a flat surface. White shoe polish was runny, like water, and came in a bottle. The applicator was a little half inch felt ball on the end of a wire post attached to the screw on cap. We would paint the length of the shoe lace, let it dry, then turn it over and paint the other side. Laces were extremely stiff after this treatment but with a little use, went back to normal flexibility. Of course the shoe polish eventually flaked off and the process had to be repeated.

I forgot to mention that, back then, all sneakers had white laces.

Goodness, my shoelaces would snap and need replacing before they needed to be ironed let alone painted!

I also neglected to mention we would "paint" our white canvas sneakers with the shoe polish as well to make them look new.

When I was at secondary school in the sixties, the uniform was quite strict, and we were always looking for ways to subvert it. One fad was to substitute ribbons for shoelaces - first red or blue or black, but I think someone eventually managed to find some checked ones!

Forget the 1950's or 60's I had to do this in the 80's the nuns at the convent school would pull you out and berate you in front of the rest of your class, the tennis shoes had to be white, the running shoes black! the laces for each had to immaculate! we had gym kit, gym hall kit, tennis kit, running kit, athletics kit, hockey kit, indoor uniform, outdoor uniform, summer uniform, winter uniform, and wet weather uniform, a science overall, a Home Economics overall, and art overall. even a summer straw hat, a winter felt hat and a wet weather hat! and most of these uniforms had footwear! needless to say as an adult I like no iron, easy to wear for anything clothes! yes I even ironed the laces in my hockey boots even as goalie no one would see mine!

Joanna, I remember whitening white shoes and sometimes laces - I'd forgotten all about it. But we didn't do any ironing.

Ruan, wow, I can see I had a protected childhood! :)

In 1968 I was threatened with expulsion from school for swapping my shoelaces for ribbons, even though I was careful to ensure they were brown, like the laces. After that the school uniform list included 'shoelaces,brown' just in case any future girl was as wicked as I was!
18th century men's shoes often had lovely ribbons, which could have been ironed.

It was really insightful.
Thanks for the info.
Wanna have more contents from you.
Cheers
BTW if anyone interested more have a look Click Here For Visit My Site thanks